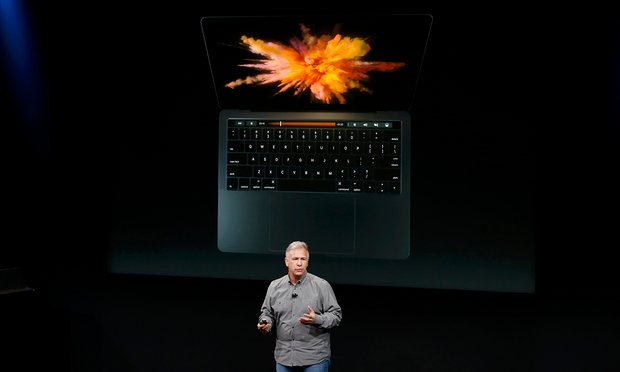 An event held at Apple Inc. headquarters, revealed new versions of the popular MacBook Pro laptops equipped with Apple’s TouchID fingerprint reader. Function keys at the top of the keyboard will be replaced by a new feature screen called the ‘Touch Bar’ which will offer multiple functions with different software that can be used.

This is the first time in a few years that Mac computers have received a major upgrade. With age, Mac sales have seen a drastic incline in sales.

Apple also unveiled a new video app which allows Apple users to have the ability to access and watch shows as well as movies via multiple apps on Apple TV, iPhone and iPad.

Apple named the new media console, TV, like the popular Netflix, TV allows user to catch up on shows along with finishing series. Along with that convenient feature, Apple also brought a new feature to the table which allows users to use its voice-control via Siri to seek live news and sporting events across their apps.

TV is said to be out in December as free software updates for Apple TV, iPhone and iPad customers in the U.S.

According to market researcher Gartner Inc., Mac unit shipments declined 11.3% in the second quarter, compared with a 5.1% decline for the rest of the market. This decline accelerated in the third quarter, falling down to a whooping 17%.

The holidays are quickly approaching. Grab your new Apple gear while its hot!