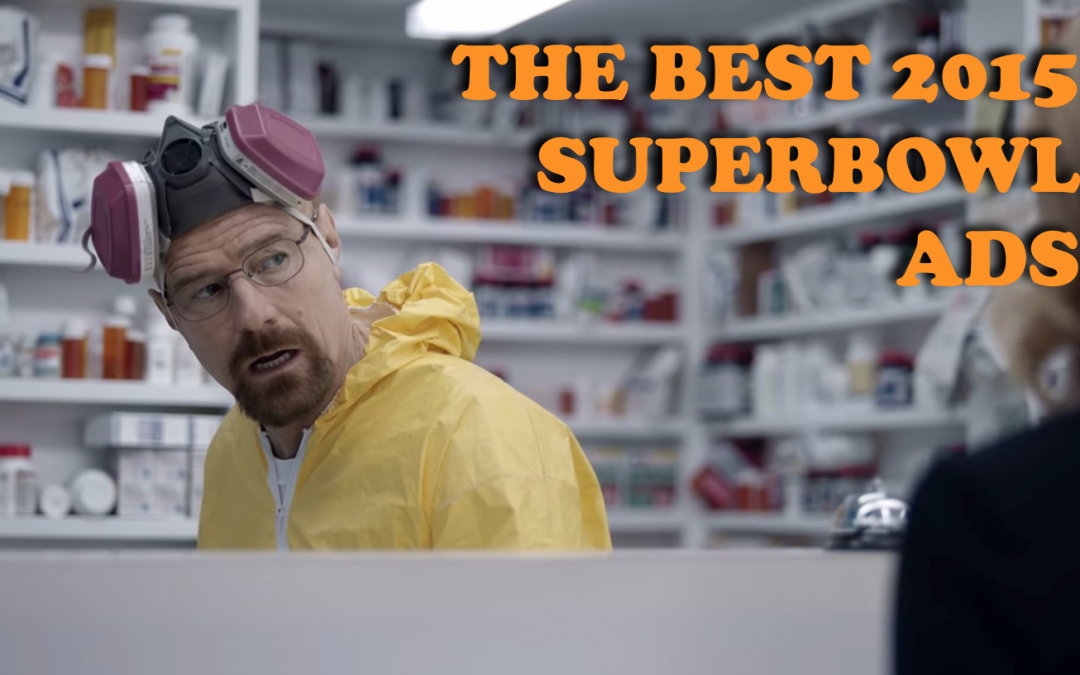 Groundbreaking advertisements is to the Superbowl as a touchdown is to the game of football—the two just go hand in hand. It’s an American tradition.

The 2015 Superbowl Ads were no different, and showcased some of the best and most imaginative storytelling devices blasted on the big screens. Here were our favorites.

The Dude made a cassette to lull you to sleep, and this ad was no different. Does it get any better than Academy-award winning actor Jeff Bridges chanting, weilding a Tibetan prayer bowl in the same room? The ad is soothing, slightly voyeurish but is a direct call to action and send us to the site DreamingWithJeff.com to learn more. All proceeds go to support charity No Kid Hungry. Take that, ASMR artists.

Hello Walter White, we didn’t think you’d be sorta Greg, which isn’t exactly Greg now, is it? Either way, Cranston’s reappearance in his distinguished Breaking Bad yellow hazmat suit was by far one of the most surprising 2015 Superbowl ads. The best part was the second portion of the same ad campaign showing Lindsey Lohan as a “sorta mom”, driving away dangerously when a child refused to get into her car. Classic.

Cute puppies and clydesdales aside, Budweiser’s other ad spot was an aggressive, proud swagger declaring the quality of their product, and taking little jabs at fruity craft beers. While we always covet the local micro brew, Budweiser’s angle was to own the American macro title—and it did so successfully with its loud and clear message: “The people who drink our beer, are people who like to drink beer.” Not really catering towards millienials, but the advertisemtne

What does it mean to do something “Like A Girl” ? they asked. This ad topped the Twittersphere when it ran, showing girls how strong and fast they can be in the face of adversity, criticism and the notion that being “a girl” is inferior. The ad’s message: For young girls, confidence plummets during puberty and many never fully recover. Always is on an epic battle to end that by changing the meaning of the phrase #LikeAGirl from an insult to mean downright amazing things. It’s inspiring to us, knowing that our original film started to change perceptions. But that’s not enough. We need to reach more girls, women, boys and men—to spread the word big time. There were many other 2015 Superbowl Ads that caught our eye (most notable runner-up would be Bud Light’s Real Life PacMan!) but these were the ones that stole our digital advertising hearts. So did Missy Elliott, who for many, didn’t even know who she was (for shame).
Share on FacebookShare on Twitter
Tags: #LikeAGirl, 2015 Superbowl, Anheuser-Busch, Anomaly, Breaking Bad, Bryan Cranston, Budweiser, Esurance, football, Jeff Bridges, Lindsay Lohan, Patriots, Seahawks, Superbowl Ads, The Sleeping Tapes, Weiden + Kennedy