Beyond SciFi: Dark Technologies that Were Predicted (and are becoming true)

From the creative minds who penned the scripts of Star Trek to 1984, dark technologies have been long predicted and have come true, either in dystopic or utopic ways. Here are some of the most spot-on dark technologies that came true (or are in the process of becoming so).

Ever since I watched Charlie Brooker’s opus, Black Mirror, I’ve been haunted by the eerie way his theses are presented: they’re unsettling because they’re recognizable. It’s not like some futuristic vision of how alien technology will terrorize the human race in the future, but rather how our current technology could turn into something we use to alienate and terrorize ourselves.

Science Fiction is the literature of the Gods. Science fiction is the glue that holds the geeks, the thinkers and the paranoia-inclined rationalists together. It is the commentary on our society and a comment on the future that technology ushers us into.

Science fiction hasn’t just been a way to entertain ourselves, it’s brought up some serious points through its narrative storytelling devices which mainly rely on the delicious notion of “what ifs.” 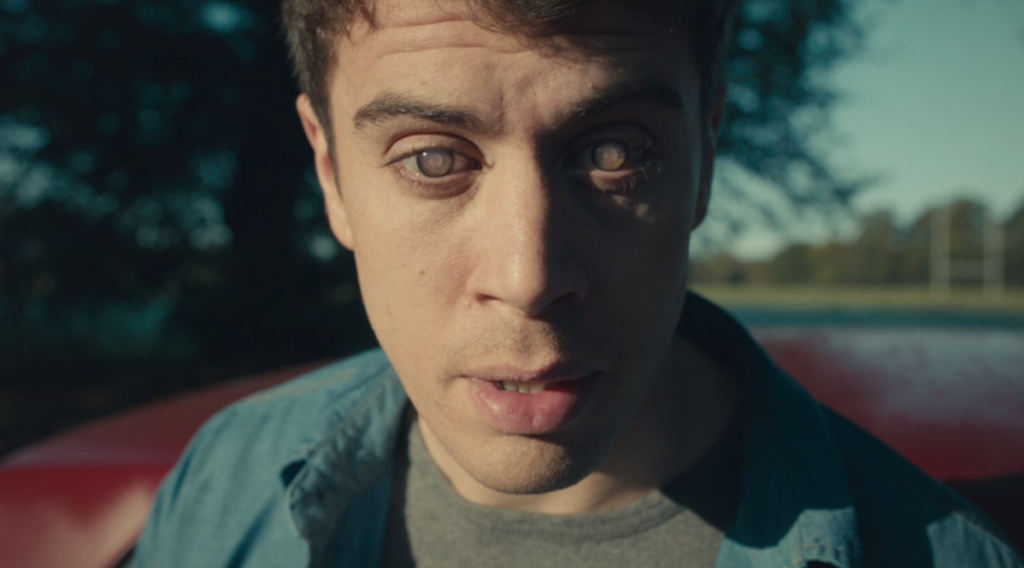 Imagine recording your entire life experience, being able to recall every conversation, location as though you were seeing it a second time. Every memory logged, digitized and playable. Every argument you ever had, how you caught your cheating spouse, how much fun you had on your 21st birthday, the days before your mom passed away, would be immortalized through LifeLogger, a system that captures all. People often tend to romanticize the past, and spending time reveling in one’s nostalgia could be both counter-productive and dangerous. Take this one step further and we’d be in retrospective turmoil, possibly looking how to erase painful memories a la Eternal Sunshine of the Spotless Mind.  No thanks.

Yes, that’s actually the slogan of a very intriguing artificial intelligence project where you can upload your biography to eventually create a digital “mindfile” of yourself. In Black Mirror, a grief-stricken widow moans the loss of her husband. A new service is offered to her when she can start communicating with him, first over instant messaging, then more creepy multimedia options become available to her. In a nutshell,  your LifeNaut mindfile eventually could be implanted into a very intelligent robot that looks just like you, has your personality, your memories and can think like you. It pretty much erases the need for you by placing your mindfile into a shell of a physical robot head.

While this might temporarily help the bereaved, preserving any essence of the deceased is a controversial concept familiar to sci-fi, but probably won’t be accepted in a big way. We are mortals, after all.  Playing with the natural order of life could have some strange consequences, probably not like the hilarious treatment of immortality as seen on Futurama.

Orwell’s classic masterpiece on totatlitarianism has pretty much happened right before our eyes. Slowly but surely, we saw worldwide surveillance programs and CCTV systems come into place, all the name of collective security. With even Samsung’s products listening to your conversations at home, communication and surveillance is a huge topic in sci-fi that pushes the envelope of what if. What’s going to happen in 30 years’ time? 50 years?

We live in a world where people like Snowden forgo their freedom and blow their whistles to report a breach in civilian security, that agencies spy on us more than they should, that the openness of the Internet is a subject of capitalist debate. The slogan of “Slavery is Freedom” is not too far off from the paradox of security and transparency in today’s age, wiping away the need or ability to remain private, autonomous citizens. Maybe we are better off not knowing to the extent that we are monitored, and are monitoring each other by all our digital actions. Perhaps the new sci-fi will point us in a solutions-oriented direction to push the envelope of “what if.”
Share on FacebookShare on Twitter
Tags: 1984, Black Mirror, Charlie Brooker, dark technologies, LifeLogger, LifeNaut, the future