The Central Intelligence Agency (CIA) has been actively trying to hack into consumers’ iPhones and tablet computers by breaking into the security that protect them for nearly a decade. But did the CIA successfully break into the network? We’re not sure (yet). According to an article published by The Intercept, it stated that top-secret documents leaked from NSA whistleblower Edward Snowden reported that the CIA created their own version of XCode, a software development tool, to create surveillance loopholes and backdoors into programs on the App store. The report covered the period between 2006-2013 and just stopped short of revealing whether or not any of Apple’s security programs were breached. Tim Cook has made statements publicly defending Apple’s dedication to user privacy:

“I want to be absolutely clear that we have never worked with any government agency from any country to create a backdoor in any of our products or services,” Cook wrote in a statement on privacy and security published last year. “We have also never allowed access to our servers. And we never will.”

After the infamous iCloud hacking last year, Apple among many other technology manufacturers have sought to restore trust in the eyes of their consumers. They’ve strengthened their encryption methods to the point that Apple itself could not even extract data from your device. In fact, even when ordered by a search warrant, they assert that they still cannot access the data. 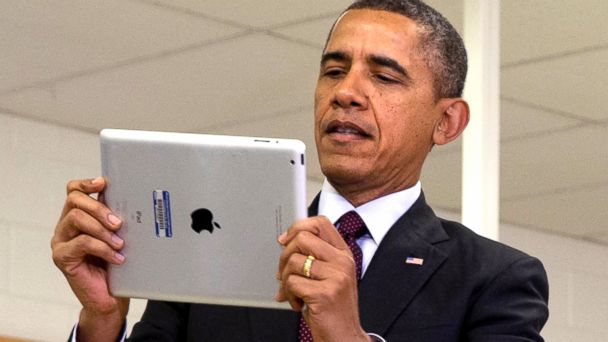 President Obama, fan of the iPad, not a fan of Apple’s enhanced security

Critics have warned Apple and other manufacturers about this security fortress by arguing it could be a safe, easy way for enemies and the state to plan and execute attacks. At the end of the day, what kind of world do you want to live in? The kind where corporations and manufacturers work with intelligence communities, and under the guise of national protection are free in monitoring your activities on something as personal as your phone? Or would you rather live in a world where the slightest indication of violence would be snuffed by an overlooking protector? The debate is open.   *Photo: Image from The Intercept
Share on FacebookShare on Twitter
Tags: Apple, CIA, Edward Snowden, NSA, security, surveillance, The Intercept, Tim Cook, XCode