Think that only guys can be geeks? Think again.

When you think of a programmer, you likely imagine someone who is male, white, geeky and maybe that’s not such a surprise. The sad stats Last month, Google reported that out of  its 70% of male staff, 61% of them are white. Facebook is even worse off, with less than 15 per cent of its tech force being of the female persuasion. Those are striking stats considering that software developers have one of the high ranked jobs. So why the disparity? Less than 1 in 5 computer science grads in the US are female. Why is that? With web development expanding, growths in open source technology, and tech skills becoming more easily acquired, why is it still a boy’s game? Powered Labs has had a few female employees since we started up in 2010, but having girls who can code is more of a rarity than you could imagine. But that’s not to say that women don’t love technology. Just look at any respectable tech blog and you’ll find comments and questions that are spot-on by loyal, female readers amongst all the other geeks. Being a geek isn’t restricted to being male. Girls can love Star Wars just as much as their male counterparts. Closing the Gap 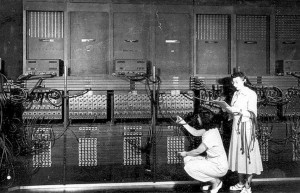 At this year’s Google I/O, there were nearly twice as many women as in previous years, showing that this trend might be getting better as more women apply themselves in the technology field and become developers. And let’s not forget that even President Barack Obama is encouraging coding to be implemented as a part of the high school curriculum. What we need is a balanced workforce to smooth out the lack of diversity and give our talented girls a place to shine in the developers’ world. The verdict? Women should definitely seek education in technology and close the gender gap. There are plenty of extremely influential women in technology, such as Virginia Rometty who’s been at the helm of IBM as its first female CEO to lead the company. Have you ever heard of Roxanne Varza? Well you should have.  As the Microsoft startup operations lead in France, she has a knack for sniffing out promising start ups, and is the former editor of TechCrunch. Let’s also not forget that the CEO’s of Yahoo, HP and YouTube are headlined by women too. The future of coding? According to the non-profit organization Girls Who Code, the US Department of Labor predicts that by 2020, women will only fill 3% of the 1.4 million jobs in the computer related fields. Let’s make a change! More women need to partake in the computing world! Encourage the women and girls around you to get educated in this amazing and satisfying industry. From one geek to another, we urge you to.
Share on FacebookShare on Twitter
Tags: application development, coding, developers, web development