Cybernetics, the ultimate in wearables tech 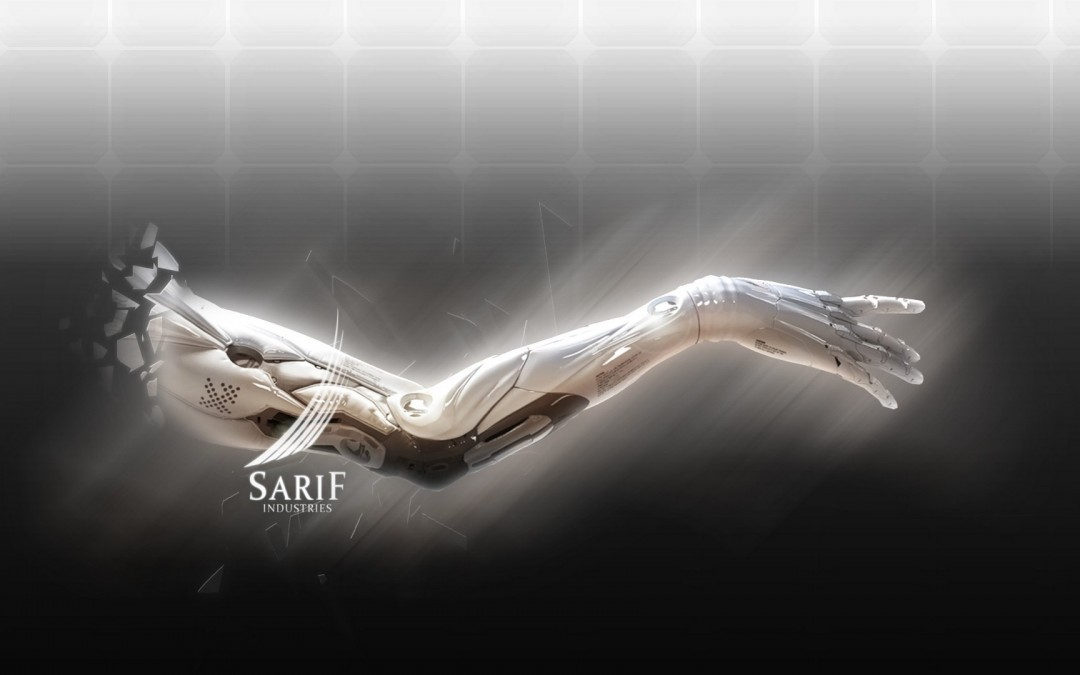 With all the current buzz surrounding wearables technology as a fashion statement, it’s easy to forget that some people aren’t subscribing to this concept to look cool or free themselves from the despotism of their phones – some people need wearables tech to restore lost functionality. That’s right… I’m talking about cybernetic limbs. & while the elegant functionality of the cybernetics in Deus Ex: Human Revolution aren’t going to be available tomorrow, huge advances are being made in the field right now.

Cybernetic limbs are the ULTIMATE in wearables technology – let’s not kid ourselves. What sci-fi nerd doesn’t dream of which augmentations he would proudly boast? Advancements in cybernetic technology go under the radar for the most part because of social stigmas and dystopian fears about a cybernetically enhanced race of humans elevating themselves to World Power, effectively subjugating all anti-cyborg citizens, or “Pro-Humans” as I like to call them. None-the-less, out of the spotlight of the public eye en masse, cybernetic innovation is pushed to the edge every day – whether it be an internal implant, or an external replacement.

Hopefully, basic wearables tech (like watches, ThalmicLab’s Myo, etc) will pave the way for society’s acceptance of our inevitable uplifting. Remember in 2012, when the media experienced its first cyborg-oriented hate crime? I’m of course speaking of the assault on tech pioneer Steve Mann for wearing his own EyeTap Digital Eye Glass. Although on the surface people may believe that Mann, considered to be the ‘father of wearable computing,’ is sporting a device conceptually akin to Google Glass, the truth is that the EyeTap cannot be physically removed from his skull without the use of special tools. While this type of plebeian-brained hatred still runs rampant on a large social scale, potential cyborgs have reason to live in fear – however, it does not squelch their desire for a better quality life.

Sadly, cybernetics are mostly found acceptable when the technology is put into use by the disabled – meaning to say that someone needs to undergo such significant physical trauma that they cannot function properly without a cybernetic prosthesis; someone literally has to lose a limb for other people to be comfortable with cyber prosthetics. The problem with robotic prostheses has always been true manipulation of the artificial limb; can it be as good, or even better, than the original human body part it replaces? Until very recently, the answer to that question has been a pretty resounding “NO,” but here’s good news for you, future cyborg… scientists at Chalmers University have bridged the gap between robotic implants and the nervous system. You really NEED to see the videos on their website – they are incredible!

“Maybe for once I’ll be able to put change in a pop machine and get the pop out of it… it’s simple things like that that most people never think of,” – Les Baugh

Chalmers aren’t the only ones in this prosthetic ‘arms’ race, John Hopkins Applied Physics lab has created its own version of the technology. The DARPA-funded JH prosthesis in this particular experiment is worn by a double amputee, by way of a harness – which means that the device is NOT technically an implant but more like an exoskeleton, which communicates with the wearer’s nervous system wirelessly. Without the need for permanent implantation, this kind of prosthesis is more appealing to the masses. There is however surgery involved to be able to use this prosthetic rig. The video above nearly had me in tears, and yet more in awe as I considered how close the possibilities for integrated cybernetics now loom. With advancements like this making waves at the end of 2014, we can only imagine how exponentially the technology will expound from 2015-2020.

“It’s a relatively new surgical procedure that reassigns nerves that once controlled the arm and the hand. By reassigning existing nerves, we can make it possible for people who have had upper-arm amputations to control their prosthetic devices by merely thinking about the action they want to perform. We use pattern recognition algorithms to identify individual muscles that are contracting, how well they communicate with each other, and their amplitude and frequency. We take that information and translate that into actual movements within a prosthetic.” – Johns Hopkins Trauma Surgeon Albert Chi, M.D

Syd Mead is no stranger to visions of the future, being the foremost designer for Ridley Scott and Phillip K Dick’s 1982 cyberpunk cult classic/masterpiece Blade Runner, among other major works of science fiction over the past 30 years. Syd is considered a legendary visionary of the technological epoch, having perpetuated many of the pervasive visual aesthetics we associate with the future and science fiction; he is pretty much a Grandmaster of the “visual futurist.” And he really isn’t all-in on wearables, as they stand today. Read his interview at Fastcodesign.com.

“Technology, through miniaturization and material innovation, is becoming transparent in the sense that electronic function can be woven into, applied to, formed, and embedded into practically anything having to do with wearable or personal accessories. When you consider color-programmable fabric materials activated by electricity, it begs the question, does fashion influence technology, or does technology influence fashion?” – Syd Mead