The Evolution of Smart Watches 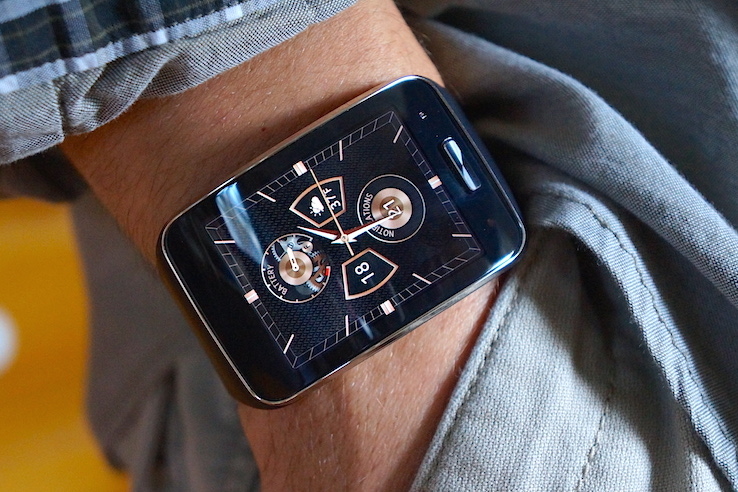 It’s no surprise that in a company full of tech geeks, we’d have a few people who own wearable technology. We decided to interview five of our team members and get personal insight into the evolution of smart watches from their perspectives.

We interviewed two designers (Dragon Lady and Titan), a developer (Hebrew), the Vice President ( The Beast) and the CEO (The Captain). The only one that experienced the original Samsung Gear was The Captain. The way he put it was that this device seemed “more like a beta” than a finalized device. As someone who is constantly on the move, running from meeting to meeting, battery life is extremely important to him. He found that for his usage, the original Gear had terrible battery life. Overall, this watch didn’t get the best review from our Captain. The Captain, Titan and Dragon Lady got to experience the Moto 360. Unfortunately Dragon lady had way too many issues connecting her phone to the watch so she couldn’t say much about apps or connectability. Her phone, being two years old was too old to work with the Moto 360. The only thing she was able to try was the fitness tracker. Being a designer she had plenty to say about the look of it. She didn’t like that it didn’t sit flush on her wrists, and it was a bit clunky for her smaller wrist. Dragon Lady is very unique in that she likes to wear her watches on the inside of her wrist, so she doesn’t like that the Moto 360 doesn’t flip or turn the screen for better viewing as it moves. Titan and the Captain both had very similar opinions about the Moto 360. They liked that the screen and designs were more polished but didn’t like the cut off at the bottom. They both felt that the software was “still in its infancy”. Titan felt that it wasn’t as user friendly as he had originally hoped. He went on to say that to navigate it easily you really have to get used to it because of the lacking user interface. Neither liked that the watch was pretty much useless without internet from a phone. It couldn’t individually connect to wifi. 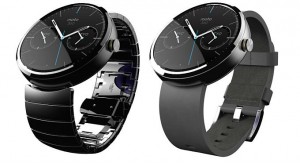 Everyone except Dragon Lady got to experience the Samsung Gear S. In fact, all of them currently wear the Gear S. I’ve summed up their thoughts into basic pros and cons. PROS When asked what the best quality was, every single person said that they loved the fitness tracking that came with the watch, the light weight and the fact that it connects to wifi on its own. Titan and Hebrew especially liked the fact that they could check their emails on it. Titan says “I can check my emails in the middle of a meeting without being rude and taking out my phone”. Everyone also appreciated the ability to pick up calls even if the phone is left in another room. This watch was closer to being a stand alone device. CONS There was one person in particular, The Beast, who had nothing positive to say about the watch. In his experience he mentioned that there were no time keeping capabilities without cellular reception, he thought it had a clunky user interface, as well as being clunky when exercising. He felt this phone didn’t meet his expectations, not even with the fitness tracking. He felt that the heart rate monitor could’ve been improved to be able to monitor while you’re working out. He had to interrupt his workout and stop every time he wanted to check his heart rate. All had issues with the bluetooth on the watch. Captain, again because of his constant activity wasn’t too impressed by the battery life. Lastly, Titan wish they would’ve gone further and added a camera. Overall, no one really hated the Samsung Gear S except for the Beast. Everyone else was pretty content and they all want to keep it, except for our captain. He likes trying every single gadget that comes out. No harsh feelings Samsung, he’s just a fiend.

“The original Gear was more of a trinket than a stand alone device. as far as how close these gadgets come to that I would say: the original Gear (25%), the Moto 360 (50%) and the Samsung Gear S (75%). They’re getting there, we’ll see what the Apple watch brings.”

Smart watches in general have left people pleading for more. Everyone has gone in with high expectations, but this technology is still growing. There is so much out there and so much more to come. We will keep providing reviews of all the high end gadgets that come through the Powered Labs office.