FCC and the Plan for Net Neutrality 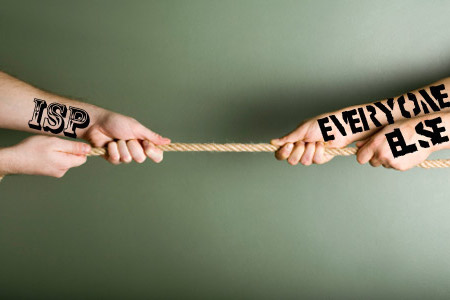 After years of head-butting over proposed plans for the ruling of whether or not to keep the Internet neutral, here is the latest from the FCC and the plan for net neutrality based on a newly released set of rules outlining broadband services.

Under Title II of the 1934 Communications Act, the FCC last month designated high-speed Internet as a telecommunications utility rather than an information service, giving it the same regulative jurisdiction as home utilities. The decision was made by a landmark vote of 3/2.

If broadband service is regulated, it means that cable companies will not be able to prioritize some content over others, thus keeping the status quo.

Opponents to Net Neutrality have stated that the policy prevents innovation and competition in the realm of the world wide web. Who knows what services, business and other innovations could be opened up by creating different speed lanes online?

The FCC’s ruling was largely based on the shifting uses of people using the Internet since 2010, citing how Netflix has transformed how people view content, from DVD’s to online media. The report also noted that other television services are uncoupling from their cable roots, such as premium television network HBO.

The complete 313-page document below outlines the entirety of the ruling plan.

It includes nearly 80 pages of comments/ commentary at the bottom of the rules, making the document some 400 pages.