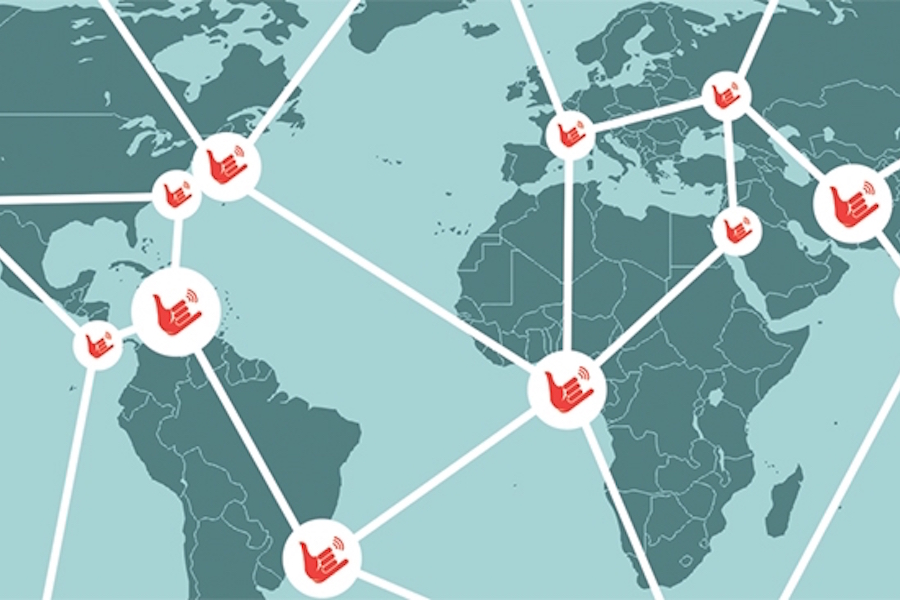 FireChat is living up to its name—and is blazing a trail in the app world for people who want to communicate off the grid.  It has more than 3 million users, partly thanks to SXSW exposure, and partially due to world wide social unrest in places such as Iraq and China, where the app’s been used to communicate through political controversies and revolutions.

What is FireChat? It’s a wireless, no need for normal cellular network, bluetooth, wifi using, multipeer connectivity framework that lets you send messages and images to a small group. It has a limited range, and is kinda like a modern day walk talkie.

Parent company Open Garden is now developing the GreenStone, a hardware device that pairs with the app to extend the range of this “off the grid network.” It would also be the holder and deliverer of up to 1000 messages for those drifting in and out of the network, which is both a cool feature and a hazard for this kind of technology.

The FireChat concept is not new, meaning an open mic communication device. In fact, the idea has been around for quite awhile (in hacking circles), but the concept has been limited due to its lack of range. FireChat can operate just over bluetooth but is limited to about 90 feet. Open Garden is hoping their new device GreenStone will extend this range a bit.

As stated prior range has been a problem until the introduction of IOS7, Apple’s Multi-Peer Connectivity Framework, which works without an internet connection by directly connecting people through peer-to-peer technology. This allowed for more distance gain than with bluetooth or have to be tethered to another device like Android devices that still need to be paired.

This off the grid technology allowed protesters in Hong Kong the ability to openly communicate when the Government shutdown cellular wifi, giving a voice to the people when the now common pathways of communication where closed to them.

Likewise there are similar stories around the world including Iraq when the government limited Internet access. The implications do go beyond government sequestering to help during natural disaster and loss of communication during future storms and earthquakes. Think of how different Katrina might have turned out.