FitCoin: Work Out, Get Paid 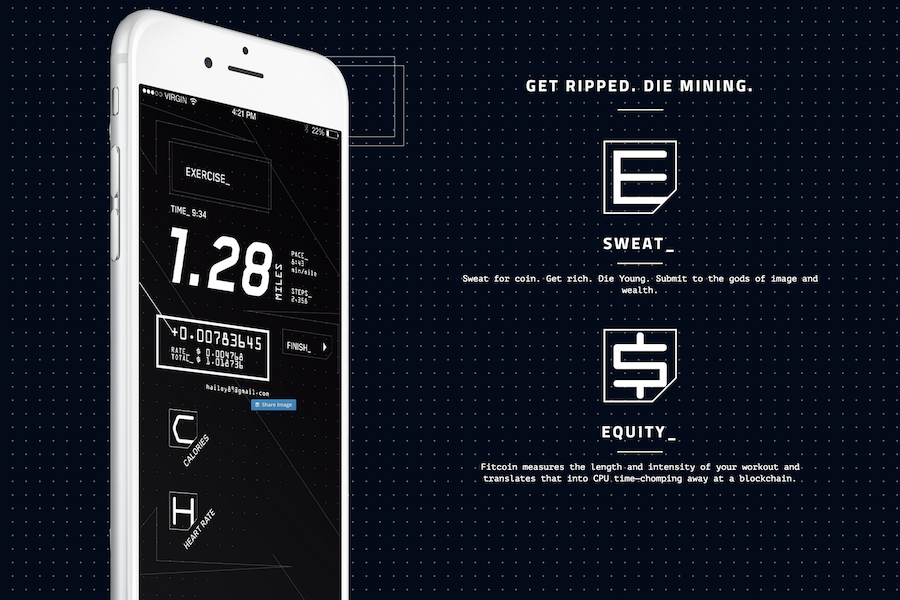 What is Fitcoin? And will it make me a better person?

Yes, yes it could. Fitcoin is a connected app ecosystem that rewards you for your workouts by leveraging the power of your fitness tracker to create cryptocurrency. That means after a workout, your wearable device sends information about the intensity of your workout, and uses an algorithm to make sure your effort matches the payout.

The app’s been developed by Chaotic Moon Studios, a very cool tech agency based out of Texas.

Every mile ran, every pushup clocked, your average heartrate gets converted into FitCoin value that gets converted to you BitCoin wallet. The app claims to take account for any kind of workout, whether you do a mud run or compete in a pull-up contest.

Check out the video for how it works:

Fitcoin by another name, Australia Version

We found another project by the same name in Australia going by a difference business model.

FitCoins It is the first Proof of Human Work digital cryptocurrency. It means the future is here, quantifying human labor in a decentralized, secure and international method of payment.

The goal of Fitcoin is to be a pain and free method to pay for gym memberships, healthcare, fitness equipment and anything else purchaseable worldwide. As of now, Fitcoin is focused on the health industry, but will be applied to a variety of global markets.

The founder, Steve Rollings of Australia, has built 14 Anytime Fitness franchises in the past six years. Bruno Souza, Co-Founder and Developer, has developed a vested interest in digital currencies and is exploring the possibilities of this new digital payment system.

Unlike other currencies, there is no fee to transact Fitcoins.

Think there will be a way to connect the two Fitcoins?