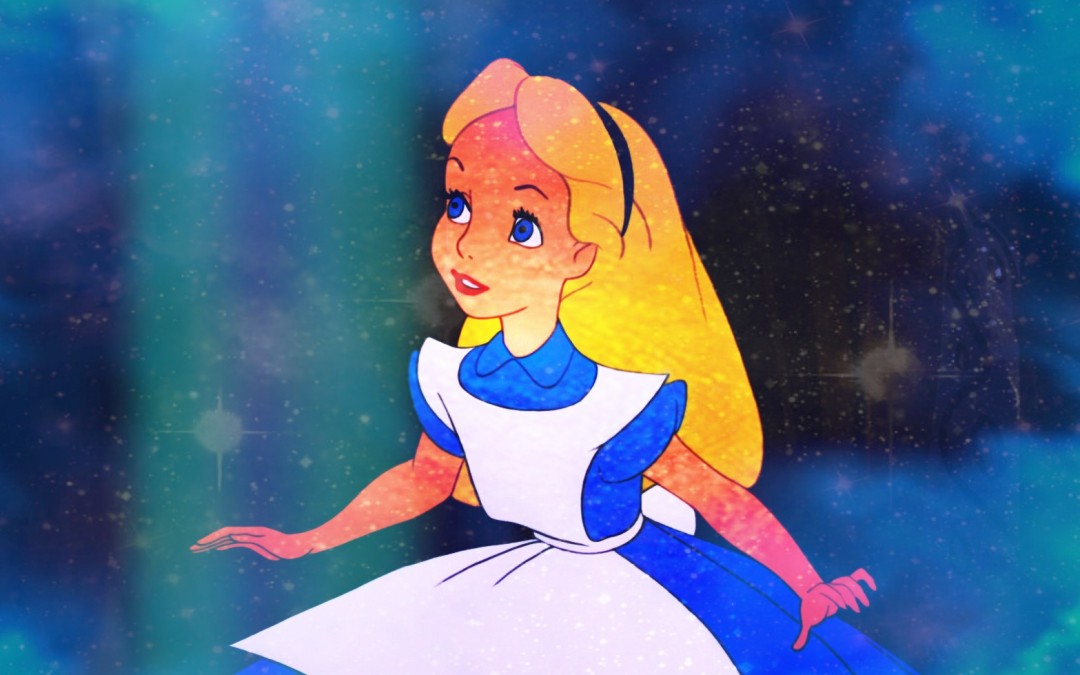 At the first glance, I mistook the pre-constructed Google Cardboard goggles as extra packaging from a recent Amazon Prime order. Upon flipping over the stack of cardboard, I noticed a vector rendering of what looked like a VR headset and the words Cardboard VR above that. Curiouser and curiouser, as Alice would say.

‘Odd,’ I thought. ‘Why would someone manufacture a cardboard virtual reality set?’ And suddenly I felt like Alice asking why a white rabbit would carry a pocket watch.

With limited hesitation, I pulled the tab and opened the optical appliance. Inside, was the pre-configured cut-out with built-in, easy-to-follow instructions. I followed them and much like Alice following the white rabbit, my curiosity lead me down the rabbit hole of the completed headset. Yes, it looked like an Oculus headset, only one Alice herself might construct in which the darkness on the other side of the lenses would take shape from the luminance of the ineradicable creations of her powerful imagination. I downloaded the Cardboard app, which sounded like a nonsensical task the Mad Hatter might clamor at the table after change places. “Download the cardboard app!” I gently and, I have to confess, nervously placed my phone into the flap and sealed it back in place. Google Cardboard was ready, but was I? Was I ready to take the key laid out before me and go through the tiny door, which would more than likely alter my perception of reality and possibly change it all together? Would I need to eat some kind of proportion warping mushroom or cookie to get through to the other side? No, no, and no, but sometimes we have to jump into the aether whether we’re ready or not. What’s the worst that could happen? I might get attacked by a garden of weedist flowers, but that didn’t sound too bad.

I jumped in. The side scroll menu was streamlined and sleek with next-to-zero lag as it followed the movements of my head. The accelerometer of my android was definitely doing its job. Although, if it wasn’t working I’d probably need to have my phone replaced, huh? Anyway, I noticed an oddly placed washer on the side of the device. After some fiddling and googling (this VR headset does comes with a manual), I found out that the washer is a corresponding magnet which utilizes my phone’s magnetometer, which is normally used for compass apps. I toured Versailles, I watched some youtube videos, I experienced a windy day in a cartoon world, and I played a game involving a bee traveling through a tunnel. The immersion was fairly comparable to the Oculus. Although, it is missing the headphone option, which definitely facilitates the full immersion experience. I tumbled through the aether, yes, but I was very aware of the surly bonds of Earth. As odd and scary as this may sound, I want to barely be aware that I am within a simulated reality. I want a damn-near-precise configuration a Philip K. Dick experience, except without the whole paranoia and decent-into-madness attributions. This is only the beginning though. In the near future, we may find ourselves falling down a rabbit hole within a rabbit hole. We may already be there, lost in the vast expanses of our own consciousness. Hm, I guess the question of my altered perception is coming to fruition. I believe I have changed. I have no fear though. I must keep moving, keep growing, and keep striving to understand. Understanding is a personal and social form of universal entropy. We do it because we are human and the answers are there. We make the tools to guide ourselves to the answers. Not solely for social justice, or throbbing veins, or self-preservation. Not even for the culmination of all three. We do it because we’re human and we can. The question still remains though, why would someone manufacture a cardboard VR headset? Google Cardboard is affordable. It is Google’s addendum to the VR market and a statement on the futility of Oculus Rift’s high price tag. Google cardboard is DIY. Google Cardboard is alternate reality aligned with the material world, which fleeting and easily broken down. It’s cardboard. It’s modular. It’s a shell and a husk, like the feebleness of our human bodies. The life-force presides in the processor of our phones, which is merely a mechanized extension of the processor of our minds. Google Cardboard is the next step down the wormhole of virtual reality, which is sure to become a dominant tool of education, commerce, recreation, and extended consciousness, within the ever-growing hive that is our assimilating post-modern society.
Share on FacebookShare on Twitter
Tags: alice in wonderland, google cardboard, Powered Labs, tech, the matrix, virtual reality, VR