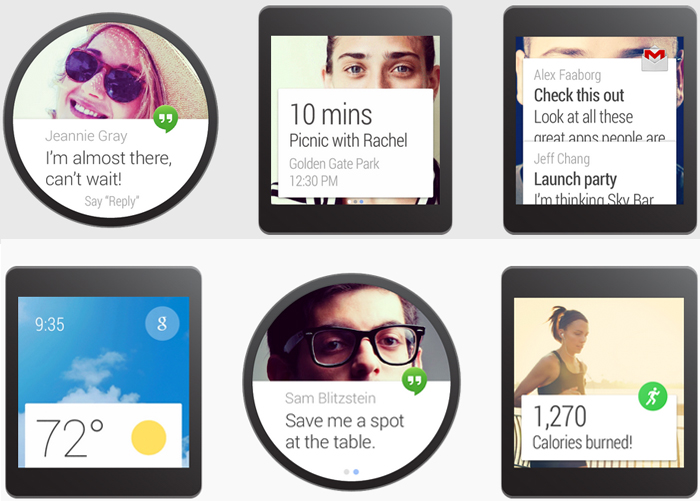 Android is becoming more than just a smartphone OS and more of the software that runs everything, and for this reason, Google is pushing Android to new screen sizes. Over the next few weeks we will be going in for a more in-depth look at each of these new iterations of Android.

First up is there new wearable platform for smart watches, Android Wear. Smart watches have been available for over a year now though, so Google has some catching up to do.

Android Wear may be a little late to the wearables scene but it will most likely set the stage for the new wearable market with its adaptable user interface that works across a multitude of Android devices. Much like they did with Android six years ago, Google is crafting a platform in which multiple hardware manufacturers will use to develop with. Google will not allow any changes to the system user interface, just  like they always have with the phone and tablet version of Android.

New tools to get you moving

Fitness tracking is one of the biggest new trends in tech and Android is looking to capitalize on the new market. Google introduced their Health Kit competitor Google Fit. It is an application that aggregates all of the fitness info from all of your devices like a Fitbit or Smart Scale into one space for viewing and tracking. Fitness bands have become immensely popular as of late, and are stepping past basic pedometer function to include features such as sleep and heart rate monitoring. While all of that is impressive, Android Wear brings much more to the table than just fitness.

The best of Google, now on your wrist

In their research, Google found that an average person checks their phone over 100 times a day! Keeping this in mind Google designed Androi 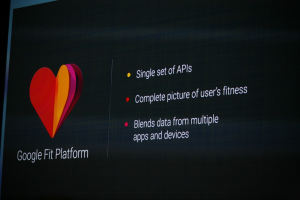 d Wear to save you all that hassle by displaying your notifications and reminders right on your watch. Your smart watch will be connected to your Google Now account and notify you of texts and calls. Using the “ok Google” hot word will allow you to use Google Voice Search right from your wrist and have the results read allowed to you.

For these reasons, it is easy to see how implementing tech like this could be an enormous time saver.

Google is trying to make sure that you never have to go anywhere without them. They are cutting down the amount of time you need to be on your phone, but upping the amount that you use Android and Google services. One of the down sides of all this new technology is the amount of personal information you will have to give up to the tech giant. Although this might be a good trade off when you consider you’re wearing a wristwatch that has more computing power than the lunar capsule we landed on the Moon 40+ years ago. With Android Wear and Google Fit powering the next generation of fitness wearables, we should see substantial improvements over the status quo setting the stage for even better future devices.

The people over at Joy of Android created a mega guide for Android Smart Watches, which is a really good resource over here.

Tune in next week when we give you the rundown of Android TV and Google’s ongoing quest to be the king of your living room.