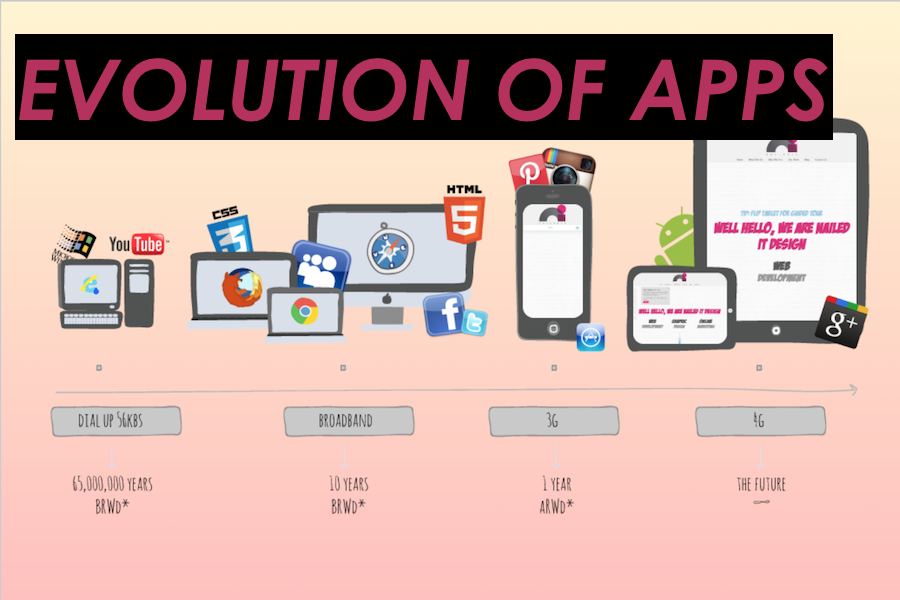 Have you considered how apps evolve? Have you looked at all the apps you love, on your phone, and have you thought about all the ways it changed over the years? Let’s take a look at all the ways that Facebook, one of the most popular and recognizable apps of all time, has evolved since its humble days in a college dorm.

Since its inception, Facebook  has been a constantly evolving app platform. It is now a mobile messenger, a news aggregator, a multibillion-dollar advertising engine, a business platform, a mobile payment app, a researcher and investor in other related technology fields, not to mention—is a great way to stay in touch with friends and family, share photos and be connected with the world around you. Facebook is just one example of how apps evolve, and very successfully at that. This week it will be opening up its Messenger app to third-party apps. It already lets you pay your friends over chat. It owns more than 50 other companies including Instagram, WhatsApp and Oculus. It’s come a very long way from a college-student-populated social network.

Many developers fail to take this notion into account, thinking only of short-term goals and spitting out the app the fastest and cheapest way possible. While that might initially help a client or business for the moment, it leaves you hanging without recourse when technology inevitably evolves, and the demand for your application changes.

Facebook started originally as a web application for university students to network with each other. It worked well, because it was addictive, and exclusive. But the company considered a future user base, one that wasn’t limited to college students only.  They opened it up to anyone who had a computer and an Internet connection. It now has 1.5 billion active monthly users. It is still reinventing itself, building itself with the future in mind.

Back in the day: the original Facebook login screen.

Perhaps your business needs an application to satisfy a need that your enterprise has. But what about future needs as your business grows, extends its services, and grows its user base?

When you see the Facebook app icon on your phone, it might just appear as a pixellated square to you. But it’s more than that. It’s an entire economic ecosystem. It’s over a decade of research and development, millions of dollars invested, billions of dollars generated in revenue.

Building any application should take the same perspective and focus on future developments.