International CES 2015: The Best and the Baddest of Consumer Tech 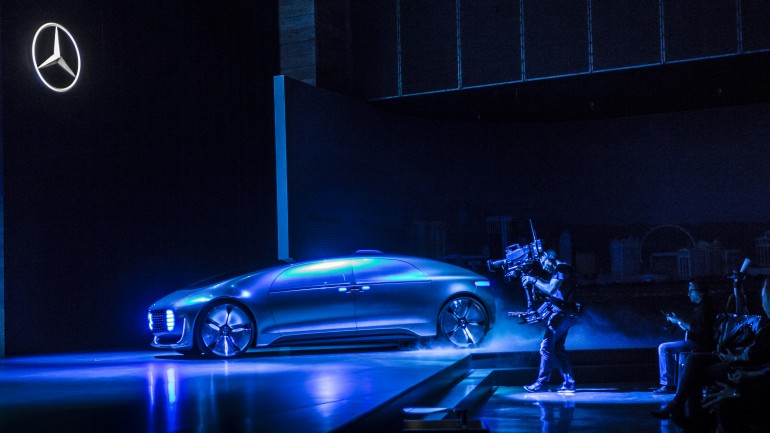 CES is the massive, annual International Consumer Electronics Show in the heart of Las Vegas that showcases the latest and greatest consumer tech.

Drooling from nearly 3,000 miles away, we watched the highlights and lowlights from the conference to provide our dear readers with this very jealous but fair analysis of this year’s tech offerings.

Here’s the best of 3,600 exhibitors, 2.2 million net square feet of exhibit space, fit for all varieties of geeks and lovers of technology.

With no shortage of innovation, CES’ most promising devices, technologies and startups were divided into a multitude of their own categories with a heavy emphasis on the connected home and its relationship with consumer life. 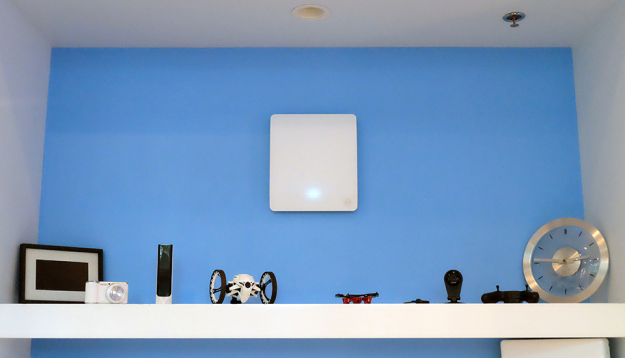 Meet the Energous WattUp, the first true wireless router, and charger for all your home devices.

Topping our list on the wow factors is Samsung’s ambitious and beautiful “floating” 4K bendable television. Barring the fact that it measures a whopping 105”, the television renders gorgeous quality video and bends at your command. Ever heard of the Fogo flashlight? It’s essentially the Force in your hand; and is focused on hiking, biking, and getting lost. It’s GPS enabled, lets you know when you’re straying too far, and is bound to become as necessary in your household as the common hammer. Smart flashlight, smart walkie-talkie, auto-adjusting brightness, this device will soon do it all. Another game-changer in the field of innovation this year was the Energous WattUp, a wireless device that not only delivers Wi-Fi but also offers true wireless charging powers using Bluetooth, FR and other secret technologies.

CES 2015: WEARABLES vs THE CONNECTED HOME

Wearables have been on the forefront of most tech gossip since Samsung dropped the Galaxy Gear, but this year the focus was more on the Internet of Things (IoT).

Garmin released a trio of updated fitness trackers/ smartwatches to compete against the growing flurry of competition to capture real estate on your wrist. At the same time, however, the feeling is that the smartwatch still hasn’t set out to do what the populace wants—at least not completely—and there’s still tons of anticipation for the AppleWatch when it finally hits the market this Spring. IoT was a hard sell at this year’s CES, pushed by big firms like Samsung’s line of Wifi-enabled smart washing machines, and even BlackBerry unveiling its automotive and asset-tracking platforms. Kudos to Sony’s Life Space UX Concept, an interactive and beautiful system for the smart home incorporating lights, speakers and projectors around the home. Turn any wall into a cinema, adjust the Symphonic Light from your phone, and use multiple lights as speakers around your house.

CES 2015: MOST FUTURISTIC and OVER THE TOP 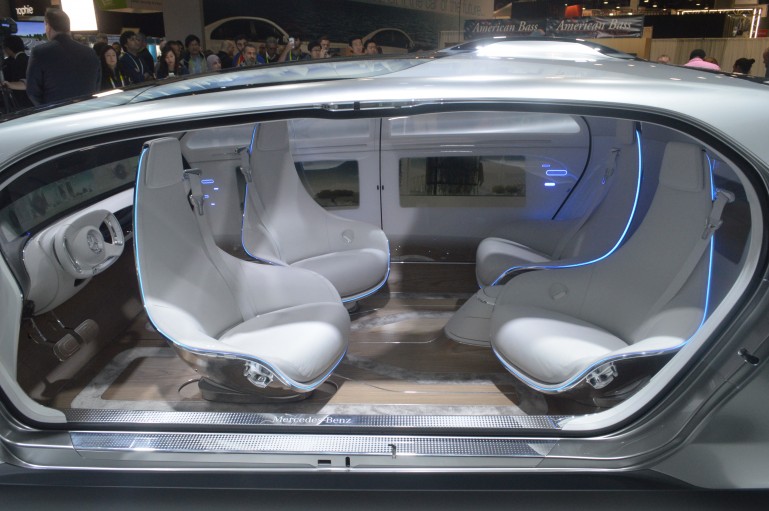 Mercedes Benz has a history of pushing the envelope in terms of luxury and transportation, but the F 015 Luxury in Motion has broken the mold. It’s not so much of a car as it is a self-driving conference room, with color-coded LEDs and hardwood floors.

Autonomous driving might be an option only for the elite few, but that option is coming in the near future. LG’s Audi Smartwatch, running on Open WebOS stole the show, purportedly as a smartwatch that can drive its own car (not yet but soon!) Sony gave its iconic music player a huge makeover, unveiling an audiophile-targeted Walkman NW-ZX2 with a $1,200 price tag. Despite it running on a years-old version of Jelly Bean, it supports high-end music files Apple Lossless, WAV, AIFF, FLAC and more.   You’re cool again, Walkman. Cool again. Video courtesy of The Verge   If this very select handful of technology pickings didn’t get you salivating, or wanting to get a ticket to next year’s CES, then you may want to consider checking your pulse. Or at least sharing this story with a geek who is worthy. Until next time.
Share on FacebookShare on Twitter
Tags: Apple, Audi, BlackBerry, CES 2015, Connected home, fitness trackers, Garmin, Internet of Things, Life UX Concept, Mercedes Benz F 015 Luxury in Motion, Samsung, Sony, wearables