iPad Air 2 and the iPad Mini 3 // Are They Worth the Upgrade? Type 2’s Guide to the Tablet War 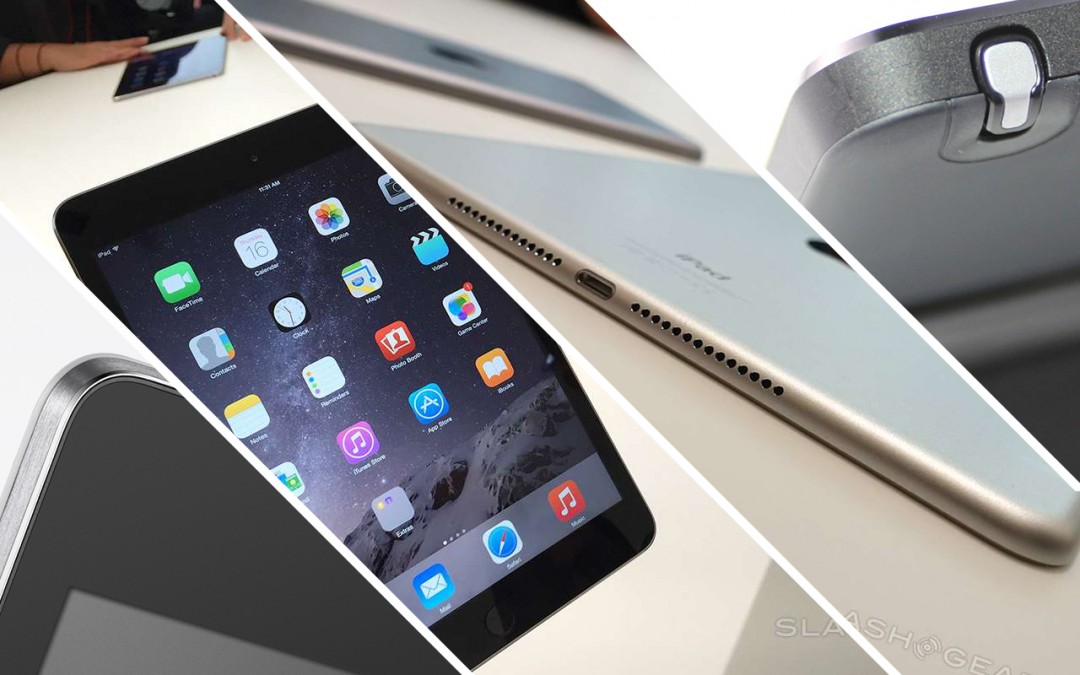 The Experts at Powered Labs want to cut through the hype of Apple’s latest tablet offerings – the iPad Mini 3 and iPad Air 2. Just how good are they, and how do they fare against not only their competition but their previous versions? We investigated.

Earlier this month, the world watched as Apple unveiled their latest and greatest updates to their Mac families, and we loved every minute of it. One of the most notable and talked about reveals concerned their tablets: the iPad Air 2 and iPad Mini 3. Tablets are everywhere now, and some might argue could be becoming even more prevalent than laptops. Chances are you might even be reading this article on a tablet computer. There are the Android varieties, Samsung’s long list of models comes to mind, and of course, the Apple family. The competition is steep, and in the midst of patent wars and the likes, who can really say which tech giant is superior to the rest? It’s a hugely subjective question that we can’t really answer, so instead, we’re going to take a look at Apple’s latest portable tech offerings and try to assess whether they offer enough tech upgrades to make it worth the investment.

Part One: The Goods

Apple has a definitive trend with all its products, and sets this mantra as its own index of progress: THINNER, LIGHTER, FASTER. 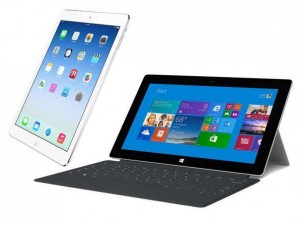 Like the iMacs, MacBook Pros and iPhones, the tablets that the company puts out have been getting continually thinner, lighter and faster. While not as drastic as the last generation upgrade, the new iPad Air 2 is an impressive 18% thinner than its predecessor, and has shaved off a massive 32 grams off its original weight. As for speed, the new tablets boast a triple-core (versus the double-core) processor known as the A8X – harnessing a lot more computational power. It’s other most tangible improvement is the Touch ID integration. This should be on everything now, especially with the launch of ApplePay making our lives easier and more secure than ever. Laptop Magazine set out 13 “Geek” Benchmarks for determining performance across the tablet generation – and Apple came up top overall. Its processor is still faster than Samsung’s Flagship Galaxy Tab S 10.5, and the Nvidia Shield, though it was outperformed by Microsoft’s laptop-replacement, the Surface Pro. Entering into the double digits, the iPad Air 2 beats everyone else hands-down when it comes to battery life, offering more juice than any of its rivals even at full screen brightness (and with a lot more pixels, too).

The iPad Air 2 and the iPad Mini 3, are not, by any means or stretch of the imagination, game changers. For the most part, they still have the same look at feel as the versions of the tablets that came before them. It’s late 2014 and still, the Apple tablets lack a stylus. We don’t mean those styli with a rubbery, finger-like tip, but a sophisticated stylus that Samsung and the Surface Pro have incorporated into their arsenal, with hover technology. Despite the faster processor and performance on most criteria, the iPad Air 2 is still lagging in both hard drive storage and RAM – maxing out at 128 GB and 2 GB, respectively. Other tablets like the powerful Microsoft Surface Pro 3 pack a hefty punch here, with the ability to add an SD card to its already 512 GB hard drive and 8 GB of RAM. With that said, the Surface Pro 3 is more of an attempt to replace a laptop, through and through, and has a different end goal than the iPad Air 2. Lastly, one of the most notable drawbacks is still the inability for split-screen multitasking. Want to watch “Breaking Bad” on Netflix and do some online banking? You’ll have to do them separately. And you know you’ll do the banking later.

It’s easy to criticize Apple for not pulling out all the stops on this one, because they have a lot to lose by offering up all their tech advancements in one go – though their reveal can be chalked up to good business tactics. At the end of the day, Apple only needed to release an advanced enough line of tablets that would survive the year. It’s a good strategy, and likely they will surprise us with better things the next generation round. Their iPad Mini is facing a conundrum; in a lot of ways it pales in comparison to some of its notable rivals, particularly the Surface Pro 3 – and in the same token it’s been somewhat cannibalized by the new iPhone 6 Plus. Face it. Is there anything that the iPad Mini 3 can do, that it’s brother phablet the iPhone 6 Plus can’t? It’s totally feasible that this could be the last time we see the iPad Mini in the Mac lineup as it becomes made redundant by the rest of it’s family. Like the iPhone made the iPod redundant, so the tech life cycle goes. In the same breath, this author is a devoted user and adorer of the iPad Mini and couldn’t imagine life without it – so here’s for hoping the mini version will stay alive despite the phablet pressure.

Here’s us unboxing an iPad Air 2