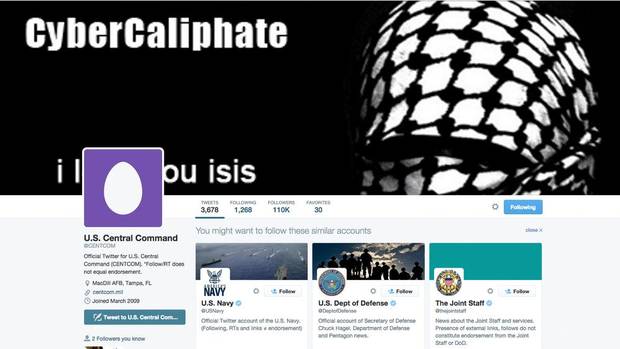 2015 so far has not been a great year for cybersecurity in Tampa, being named the number one most targeted city in the nation. To top it, a more recent breach against US Central Command has caused more ripples of concern from the latest CentCom twitter hack. A group of hackers claiming to be connected with ISIL, an extremist group, took control of CENTCOM’s Twitter and YouTube accounts for nearly half an hour, posting threats against military members, their families, and tweeting information they had gathered from those accounts. While most of the “information” posted were actually documents and other sources from the public record, it is an embarassment nonetheless, and some describing it as a victory for the hackers’ message of propaganda. “I recognize that this has caused significant angst among family and friends who are understandably concerned about their loved ones’ safety,” wrote General Austin in their official news statement. “I want to personally reassure you that we are taking this matter very seriously and we continue to take all possible measures to keep our personnel safe.” Some of the more menancing tweets posted including one ominous message,

AMERICAN SOLDIERS, WE ARE COMING, WATCH YOUR BACK. ISIS.

The Federal Bureau of Investigation is now involved and conducting their own investigation, though so far no operational impact to U.S Central Command was compromised. Florida Center for Cyber Security director Sri Sridharan told ABC Action News that the best thing CentCom could do is to find where the hackers were able to infiltrate in the first place.
Share on FacebookShare on Twitter
Tags: CentCom, cybersecurity, FBI, hacking, hacks, ISIS