Mobile Filmmaking: Through the Looking Glass 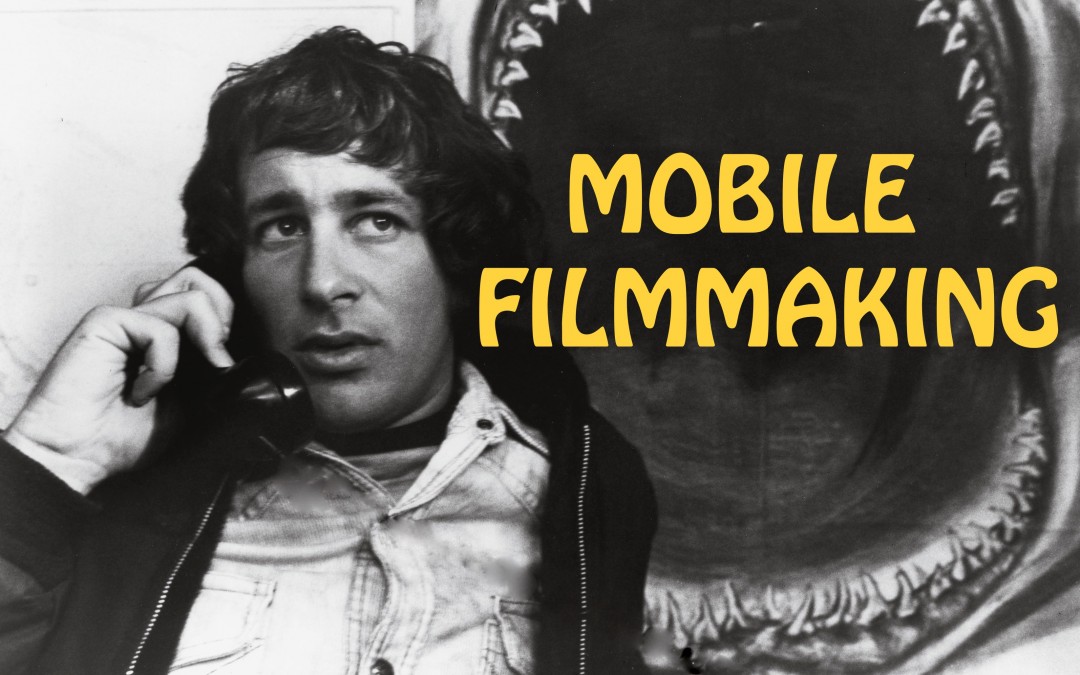 The tool of an industry is in your pocket. What tool? Your phone, the motion picture camera. It is time to begin mobile filmmaking.

Thomas Edison’s invention, the motion picture camera, has taken many forms over the past 120 years with varying degrees of skill level required. It helped spin creations that have dazzled hundreds of millions of people and now this tool is at your disposal. Filmmaking was once a large endeavor requiring a crew and a huge load of equipment, but not anymore. You have the dazzle machine. Right now as you read this, the motion picture camera dwells in your pocket. You may even be reading this article with it.

“My filmmaking began with technology. It began through technology, not through telling stories, because my 8mm movie camera was the way into whatever I decided to do.” -Steven Spielberg

The professional filmmaking community is now adopting mobile filmmaking, which was once considered an amateur art form. There are over 20 phones with 4K video, but it’s not just the crisp quality that is enabling filmmakers with a budget to break into the business. Companies like Manfrotto and Joby have put out a whole array of mobile movie making accessories, from tripods to lens adapters. There are even video editing apps available for most iOS and Android phones.

Anyone can do this now. Forget film school. Forget the expensive gear. Pick up your phone and do it. There is a reservoir of learning tools available for free online.  Famous auteur, Paul Thomas Anderson, says “Film school is a complete con, because the information is there if you want it.” It is there, all of it. This is the first of an ongoing series on Mobile Filmmaking. In the coming weeks, we’ll cover hacks, composition, lighting, and editing.
Share on FacebookShare on Twitter