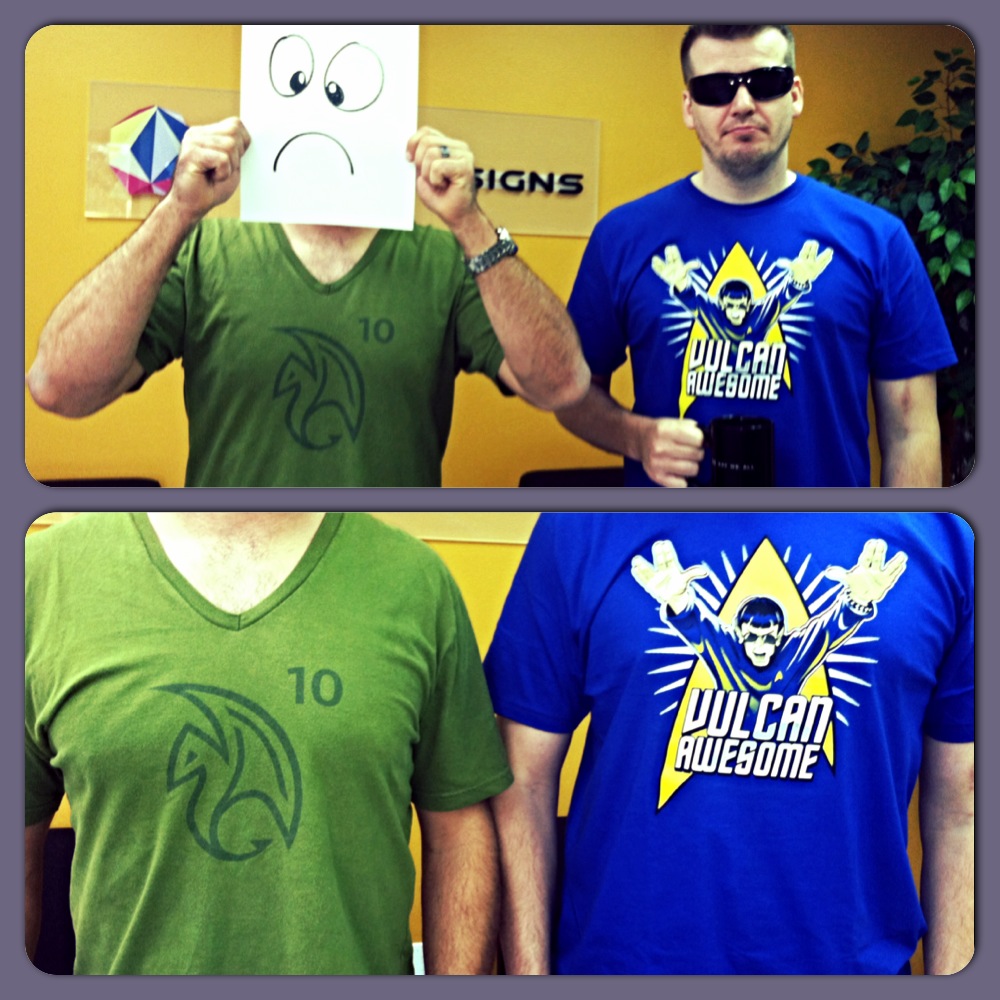 The combatants of this simmering Nerd War were initially unaware of the pending battle, they were simply paying homage to their chosen heroes and pop culture. The first participant was the artist, clad in his usual black cotton attire, emblazoned with a super hero across his chest. His desire was to pay tribute to those figures that inspired him to become an artist. The second participant: a self-proclaimed Trekker and geek to all things tech, who desired the satisfaction of celebrating the rise of geek culture by showcasing both pop cultural references and super heroes (alike on his T’s). As stated, the escalation was barley noticeable at first. T-shirts were often worn and usually commented on, but in the shadows a conspiracy was afoot. Like most treacheries, the opponents started off as friends. The artist would fire the first salvo of the conflict. Time after time, the artist had entered the field of battle, to celebrate his new offering, hoping to elicit the praises of the gathered crowd. The Trekker who had withstood the attacks for months could no longer hold back his jealousy. A plan was hatched to best the artist on the field of nerd combat.

“There are no friends in a Nerd war”

Was reportedly shouted, but none would corroborate the statement.

Site after site of nerd wear was perused for the Golden Fleece that would best his former friend (now turned foe). Purchases were made and delivered. The battle was now ready to commence. Blindsided, and unaware of the conflict he had indeed started, the artist stood dumbfounded as the first attack was levied. The Trekker had imposed his will by brandishing the garish symbol of a movie super hero. Proudly he roamed the halls of the office waiting for the garment to be noticed by his prey. Alas the artist’s gaze was attracted to the symbol. Accusations of boundaries being crossed were proclaimed and tempers were raised. The battle was now on. Round after round and day after day “The Black Cotton Confrontation” still rages. New T-shirts are carried into conflict and victories are won and lost. So choose wisely the garment you wear. For lives and friendships may hang in the balance.

“The clever combatant imposes his will on the enemy, but does not allow the enemy’s will to be imposed on him.”