The Redshirt Diaries: It Begins 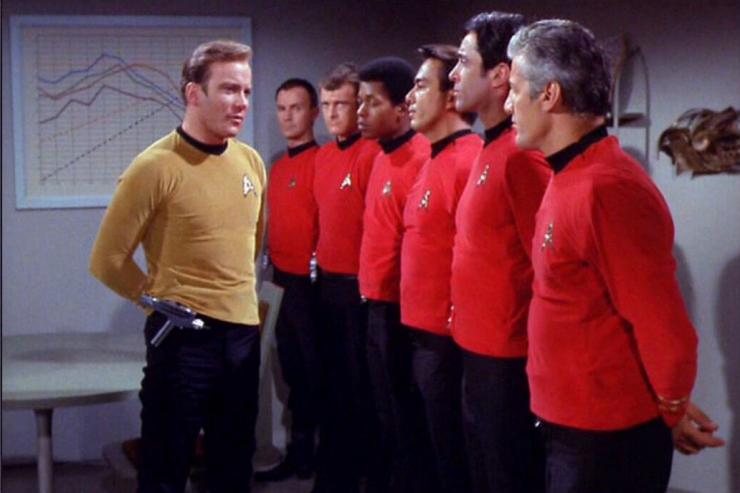 What is a Redshirt you ask? What is the significance of this colored garment, and why does it hold such importance at the headquarters of Powered Labs?

If you find yourself seeking the answer to this question (or better yet, if you already know the answer), it’s because you are most likely a geek. And we approve.

A Redshirt is a sacrificial lamb. An innocent who must bear the responsibility of having greatness thrust upon them. They are the newly initiated who must bear the handed-down duties of their superiors. While they bear the Redshirt, they are expendable, but not invaluable. They are an albatross. To them, failure is not an option. Every time another Redshirt is initiated into the fold of Powered Labs, they must bear the ceremonial shirt to signal to the others their newly appointed role. Redshirts are brave; despite the fact that 73% of Star Trek characters killed in the original series were wearing red shirts, they carry on, gallantly and fearlessly. Redshirts never utter the word “no” to anyone who directs them, and take on extra responsibilities to earn the trust and loyalty of the rest of the crew. The greatest honor for a Redshirt is the day when another Redshirt arrives, and they ceremoniously pass down the garment in a public place. Witness the tradition below as Powered Labs initiates the latest.
Share on FacebookShare on Twitter
Tags: Redshirt, Star Trek