Section 215: What you need to know 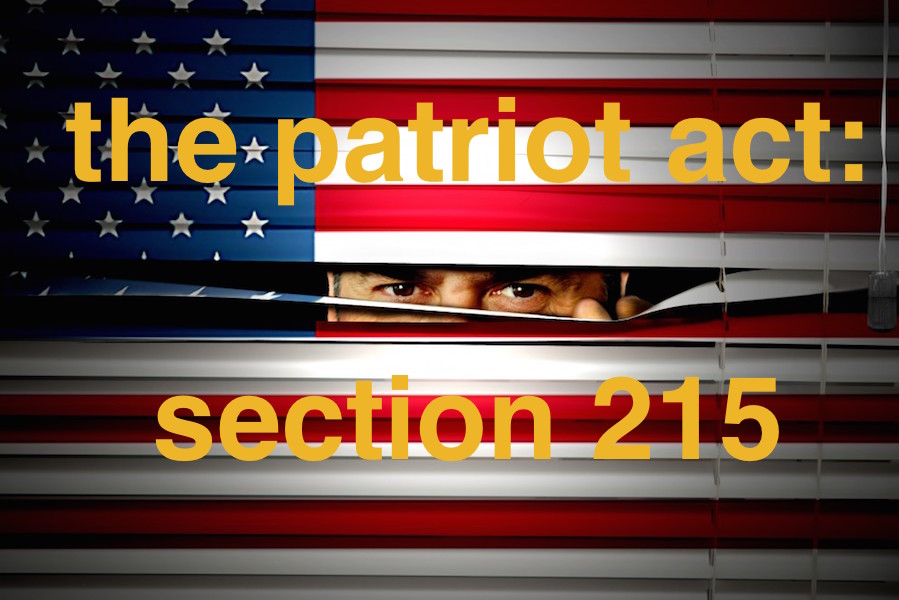 What is Section 215, and what does it have to do with you? Absolutely everything. Section 215 of the Patriot Act directly effects your privacy, and allows the government to intercept the contents of any message or phone call you create. The Act is up for reform on June 1st, and without serious public discussion and re-evaluation of the purpose of the Section 215, the privacy of individuals will continue to be compromised.

Section 215 grants that the goverment can request and collect “anything tangible” from a buinsess under the guise that it thwarts terrorist action. It extends to individuals in that it will be able to collect all phone records (the numbers, times and durations of calls) under the same premise. It is a blanket act that gives the government justified access to anything digital or tangible, personal or not. And according to Edward Snowden and John Oliver, this includes any intimate photos you may have shared.

Section 215 was originally approved just after 9/11, and was drafted as a means of protecting the nation against threats of terrorism. Law enforcement communication blunders was cited as one of the primary mistakes that allowed the devastating events of September 11th to occur.

Since its inception, the program has intercepted only one act; when a San Diego taxi driver attempted to make an $8,500.00 donation to an al-Qaeda affiliate.

Rep. Sensenbrenner was a senior official who authored section 215, and recently said that in no way was it intended for bulk collection, and if it had been known at the time it would have been cancelled and not approved.

While the act alleges to protect the safety of its citizens, it needs to be transparent about the laws and rules in order for people to feel as though they are in control of their content. The Patriot Act needs to be amended to ensure it is meeting clear guidelines about what the government can and cannot intercept, and for what purposes.

The bottom line is that the public needs to be educated and understand enough of what’s going on to know if this is the kind of government they want to have. That, according to NSA whistleblower Ed Snowden, is why he stole the documents and leaked them in the first place. To give the public a decision. That, is freedom at its core.

Watch John Oliver’s interview with Snowden about the details of government surveillance below.