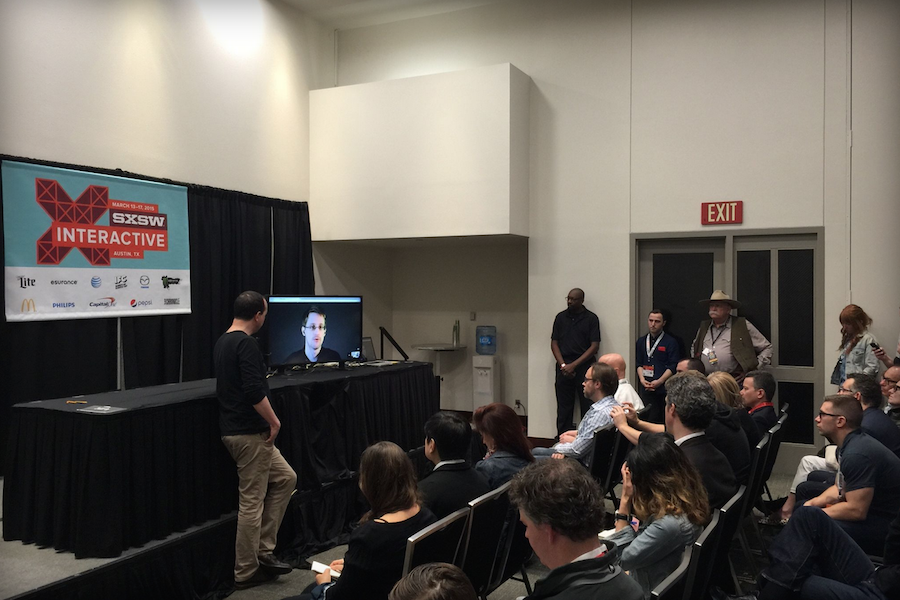 This year, Edward Snowden participated in SXSW 2015, but only a few people knew about it. He held a private, streamed Q&A with nearly two dozen authorities in the technology and policy worlds to convey a very special message. What was the message? That technology companies should work together, to form a union of solidarity, to develop ways of foiling the spying agencies that undermine our very privacy. As far as security solutions were concerned, Snowden’s direction was heavily based on changing encryption practices. End-to-end encryption would nobody besides sender and recipient can see the contents of communications. This would make it more difficult for spying agencies to collect information en masse. Edward Snowden didn’t leak any new information at the secret meeting, only imparted some very valuable advice. He pointed to how discrediting people based on their porn behavior is no different than how the Turkish government condemns the use of the Internet of its people. “We need to maintain moral leadership,” he told the room. 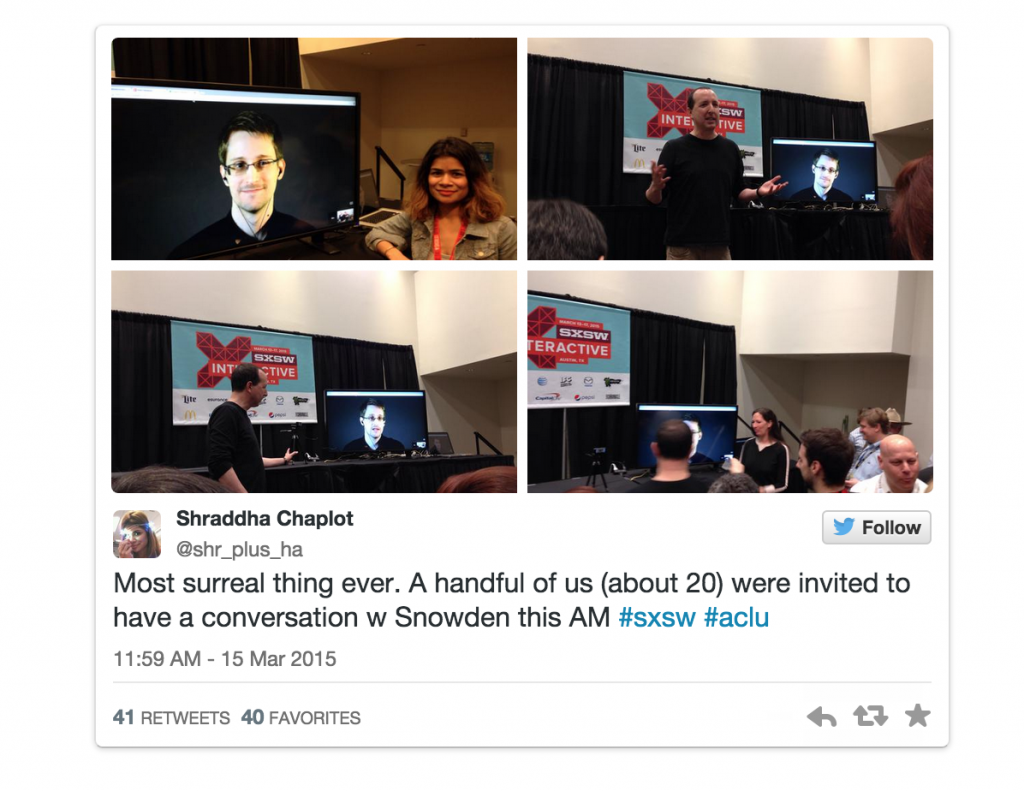 Snowden also said penalties for NSA employees who spied on their spouses or partners (known as LOVEINT) are far too lenient. “This proves that spying programs are worth more than the interests of justice,” Snowden said. Since blowing the whistle in 2013 and leaking information about the unscrupulous practices of the NSA, Snowden has had a tough time, being exiled in Russia, and being dubbed a traitor to his own nation. He admitted that he would do it again, and hopes to receive enough public support to safely return home.
Share on FacebookShare on Twitter
Tags: Edward Snowden, Snowden, surveillance, SXSW, SXSW 2015