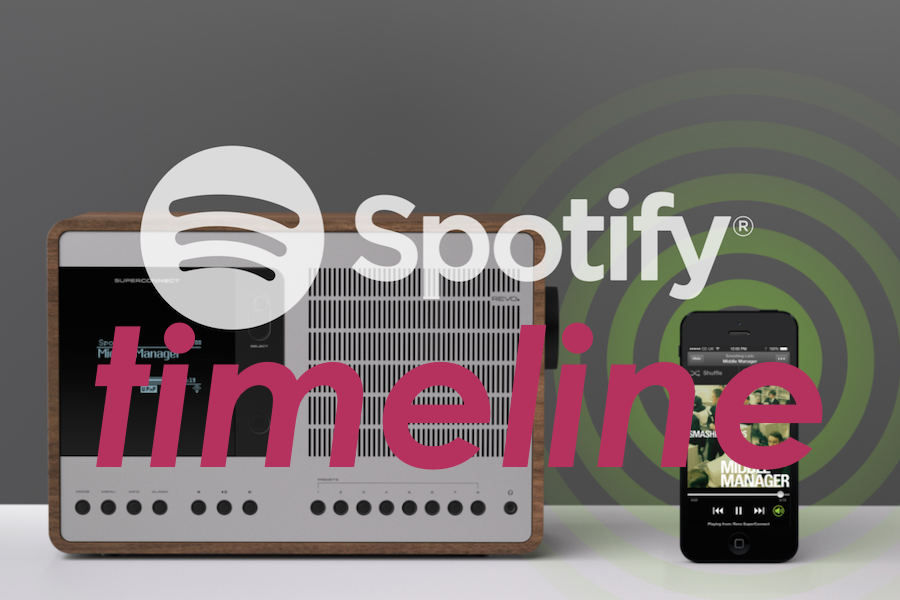 From a tiny beta version that was only available to select European countries, Spotify is now the world’s most valuable music streaming services of all time. Here’s how this startup made its empire.

This week Spotify launched its new service partnering with PS3 and PS4— a new app for your console that seamlessly integrates your gaming life with your music loving life.

Sure, now it’s partners with one of the biggest players in the technology game, but things weren’t always like that for our featured startup.

In the 1990’s, Sweden’s government introduced the concept of high-speed broadband as a public utility, because the country wanted to build a society of digital-savvy natives.

With the birth of the Pirate Bay in 2003 also in Sweden, piracy was an epidemic, and had halved the value of the record industry’s worldwide revenue in a single year. Sweden had more piracy than any other country in the world, and it was effecting the economy on a massive scale.

And that’s exactly how Swedish founder Daniel Ek won the hearts of big label execs but offering users to “rent” rather than “buy” their music.

“The music industry was in the shitter,” says Ek. “What did they have to lose? On top of that, I literally slept outside their offices, coming in week after week, hammering them down argument by argument.”

Spotify is synonymous with the word streaming, but at first it was only available to a few select countries in Europe. I personally tested the beta version in 2010, before it hit the US release in 2011, and was impressed by its huge library of songs, ability to make playlists, and connect with every smart device natively.

Now with tons of partnerships and integrations with other media such as Rolling Stone, The Guardian, Lastfm, not to mention social media features for Facebook and Twitter, Spotify pays its artists an average of $0.006 and $0.0084, which has caused some controversy regarding artists not getting their deserved royalties… but that’s beyond the purpose of our conversation here.

How Much Money does Spotify Make?

Spotify operates under the freemium model, offering free membership with basic services, and additional services at a cost. A subscription is a very reasonably priced at $9.99 a month which makes up the bulk of their revenue.

If those 1o million users are subscribing for all 12 months, that’s ~$1.2 billion in revenue. The non-subscribing users are served ads, so that’s additional revenue there. (Source: Business Insider).

The subscription removes advertisements and limits, and increases the bitrate to 320 kbit/s for some songs. The fee also allows unlimited mobile usage for iOS,Android, Symbian, webOS, Windows Mobile 6.x, Windows Phone and most BlackBerry devices, as well as offline and online access to playlists. (Source: Wikipedia).

Spotify is a lean, mean money making machine that started from obscurity and became an empire. Because it saw a problem and an opportunity, the company used technology to solve that problem and make it available on multiple devices and platforms, and pushed for social and third party integration.