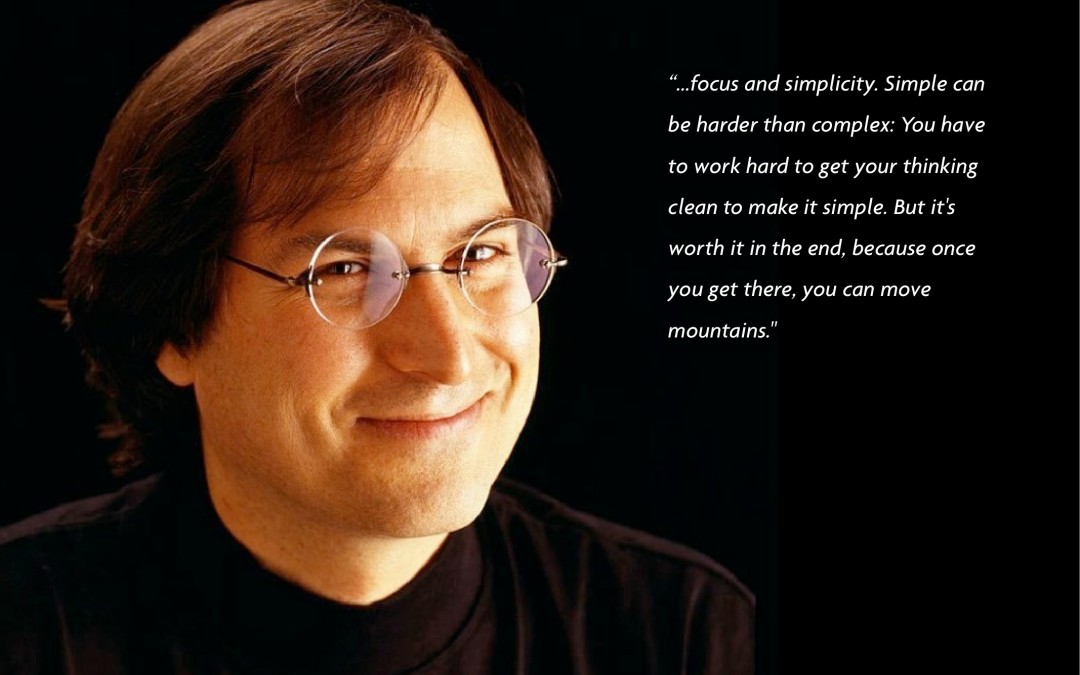 Apple’s design aesthetic was defined by one individual with an intense passion for simplicity. Steve Jobs’ innovation and technological design have come together to create the Apple brand – one of the world’s most advanced and powerful companies in the world.

Many have heard Steve Jobs’ story; about how he dropped out of college and became one of the most successful and influential people of our time… but many people don’t know how his passion for design lead the path of the future. Several people who worked with Jobs said he could be very picky and demanding at times. Some even called him a jerk.

He was known to be  shown a new design and often respond with “Well, it’s a start.” He wasn’t very easily impressed. But he had an instinct for beauty and success that no one could take away from him. He once said “Be a yardstick of quality. Some people aren’t used to an environment where excellence is expected.” This drive, determination and love of  stunning simplicity, although making him sound a bit rude at times, drove his company to heights others may only dream of. 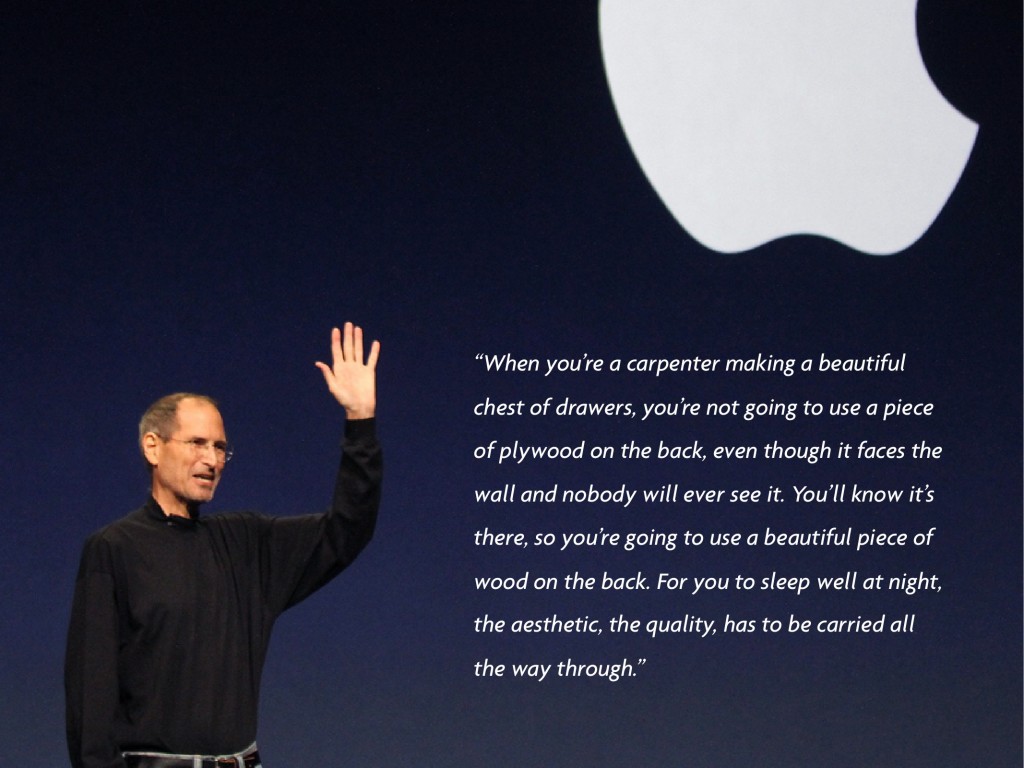 Jobs’ love of simplicity in design was enhanced by the Bauhaus movement, which he was introduced to on June 1981 at the annual International Design Conference in Aspen, Colorado. It was used by Herbert Bayer in the buildings, living suites, sans-serif font typography and furniture on the Aspen Institute campus. Bayer believed that design should be simple, yet with an expressive spirit. It emphasized rationality and functionality by employing clean lines and forms. As Steve Jobs continued his journey, these ideals were only strengthened when he became a practitioner of Buddhism. He made a long pilgrimage through India seeking enlightenment, and was especially drawn to the Japanese path of Zen Buddhism. If you look at his design, it’s not hard to see those zen and simplistic qualities reflected within his works. Jobs stated, “I have always found Buddhism—Japanese Zen Buddhism in particular—to be aesthetically sublime… The most sublime thing I’ve ever seen are the gardens around Kyoto.” As you can see, he managed to find inspiration everywhere he went. One story that is told about his hunger for inspiration is of him going to a Macy’s one weekend and studying appliances. He was especially infatuated with the Cuisinart’s design. So that Monday he went into his office, asked his design team to go buy one and began to explain new ideas and concepts based on the Cuisinart’s lines, curves and bevels. He always insisted on making stunning and “friendly” devices. Besides simplicity, Jobs always believed devices should look friendly. He wanted to create cutting-edge gadgets that could still appeal to novice consumers and anyone overwhelmed by the idea of computers and new technology. 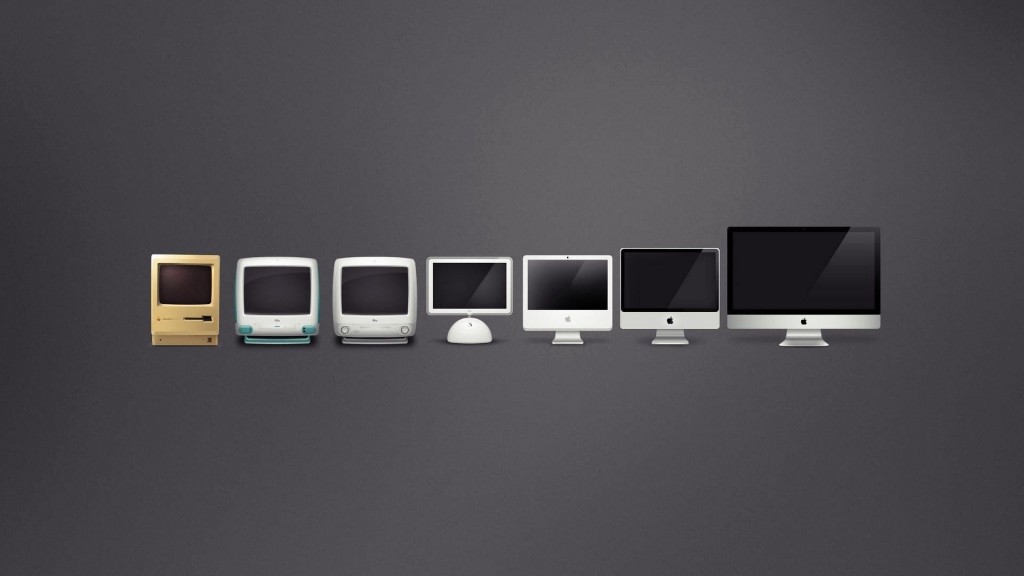 Steve Jobs was not just passionate about the design that people could see, but also with the design of certain aspects that could easily go unnoticed. On the “Sunflower” Macintosh, there was an impeccable, laser-etched Apple logo. Most users would only see that detail, maybe once a year, if that, when moving the computer. But it mattered to Job’s because he knew that single, small detail would make an impression. He did the same thing with the circuit boards of the first Macintosh. He wanted them to be beautiful, clean and orderly, in the hopes that someone who might happen to look inside would be impressed by its internal design. At most other companies, the designers have to work around what the engineers have already created. But of course Jobs did things a bit differently. In the early days of Apple, Jobs approved the shape and outward appearance of the case of the Apple III and the original Macintosh, and then told the engineers to make their boards and components fit into that design. Steve Job’s inspiration and legacy still live on as Apple continues to be an innovator in design and technology.
Share on FacebookShare on Twitter
Tags: Apple, design, iPad, iPhone, iPod, steve jobs, steve jobs design