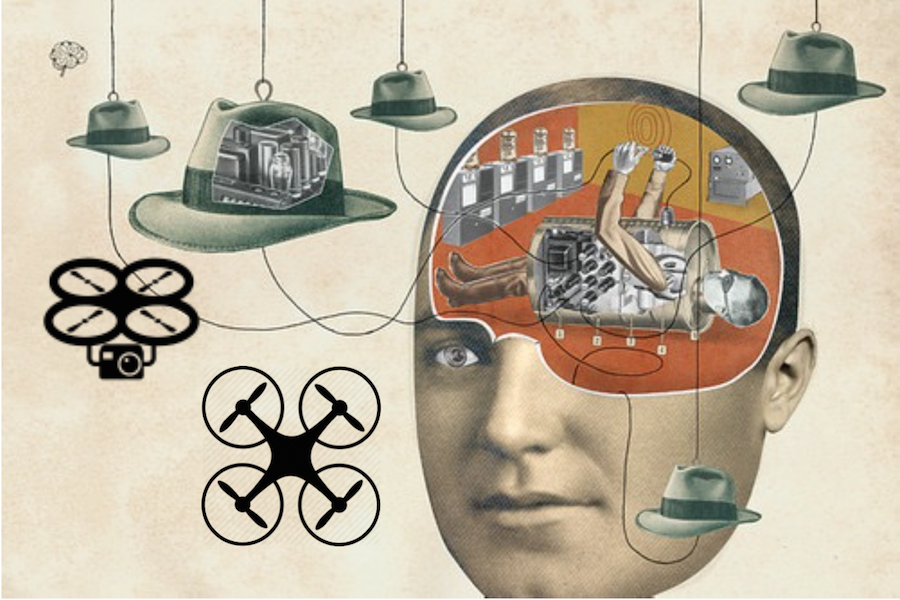 Two students at the University of Florida have been developing a mind-controlled drone that operates by the sheer mental powers of your mind. That’s right, it flies based on commands emitted by the user’s brainwaves through a headset. That data is then translated by a computer interface that interprets the command, or direction to fly the drone in.

The project is the brainchild of Chris Crawford and Marvin Andujar, two PhD students who are trained engineers and computer scientists. They’re long-time friends and research partners in this project which has taken nearly three years of research and hard work.

“We were actually in Tampa when we first had the conversation about it,” Crawford says. “We were at the mall and saw drones on a display and said, let’s go back to the lab and try to connect this.”

Their Parrot AR 2.0 drone comes with a headset that records the neuro activity of your brainwaves. It takes about 3 minutes of “training” to learn each maneuver: the process where the algorithm learns how to interpret your unique brainwaves.

Drones will be used for a variety of purposes in the future, the duo believes. Crawford said that their project offers the initial benefit of entertainment, in that the novelty of flying a drone with your mind is attractive to many people. Andujar points to the ability for drones to perform tasks for us that make life easier, such as carrying groceries from your car to your apartment.

Andujar also stated that the regulations about drone usage are fair. People’s privacies need to be respected, and everyone should train prior to flying a drone for everyone’s safety.

The next chapter is for Crawford and Andujar to allow two pilots to fly a single drone, simultaneously. Not unlike most techie enthusiasts (ahem!) part of their inspiration for their project came from the glorious world of science fiction.

We cannot wait to see how innovation in the technology and science research fields are going to make Florida the biggest tech destination after Silicon Valley.