The Rise of Wearables 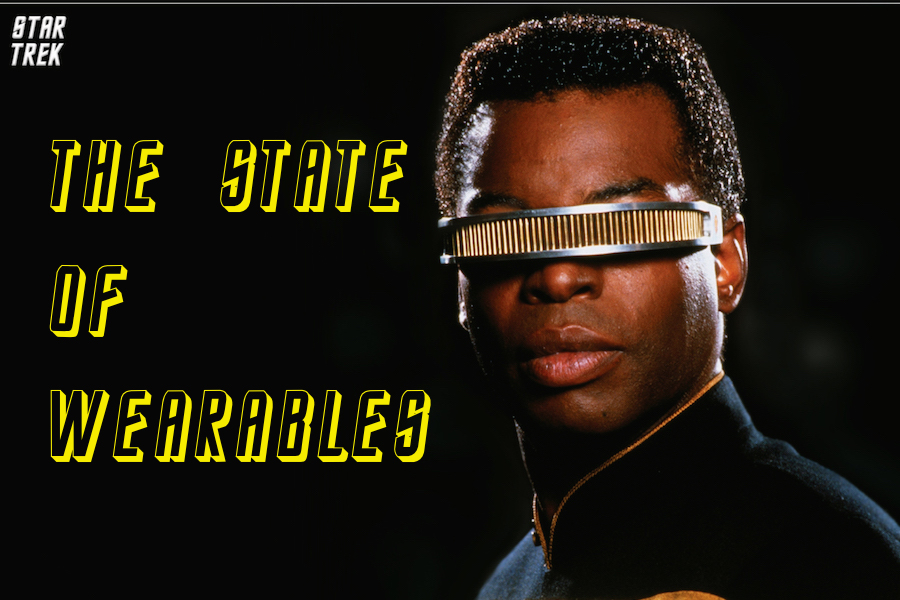 Wearable technology is here to stay. While they may have to face some objections compared to smartphones and tablets, the rise of wearables is undeniable. Now with the release of the Apple Watch this month, nearly all major technology players are in the game, and competing within a very niche app ecosystem. If you’re thinking of developing a cutting-edge application for a wearable device, here are some facts and considerations to take.

Probably one of the first times I remember wearables is from Geordi La Forge of Star Trek —he wore an eyepiece that allowed him to see, which could be compared to today’s Google Glass (or maybe a virtual reality headset). In reality, Star Trek predicted a lot of technologies that encompassed transportation, medicine, and communication, years before they were actually invented in the real world. What started as a sci-fi invention is now reflected by the consumer attitude that we want and desire these technologies in our every day lives. Every great new device or piece of technology always starts from the imagination. 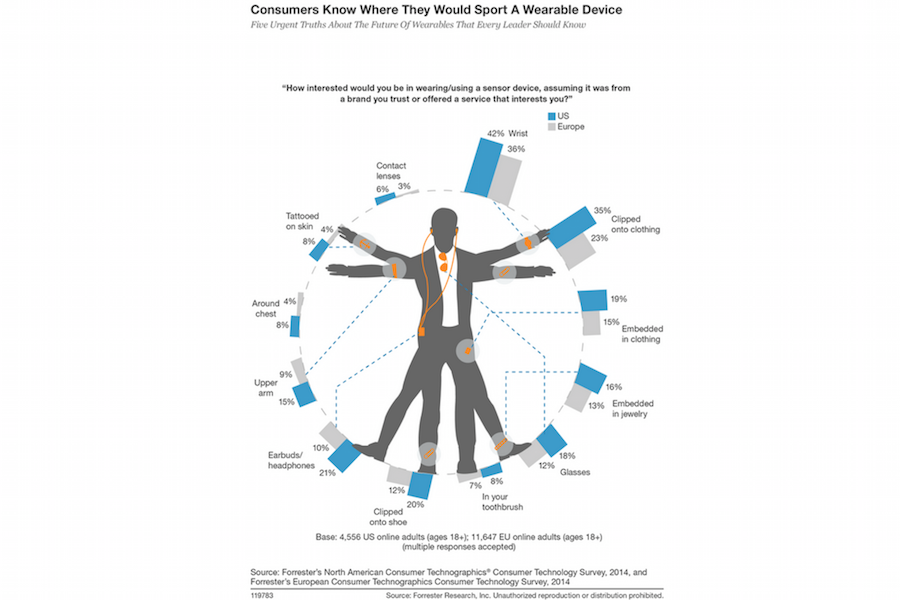 Imagination aside, there are real stats backing up the fact that wearables are becoming a new every day tech that the majority of people will invest in at a very near point in the future. According to a survey conducted by the Forrester Research in 2014 that polled more than 15,000 online adults worldwide, the trend indicated that nearly half in the US were interested in owning a smart device that would be worn on the wrist. In the same poll, more than a third of responders said they were interested in wearing a device that would be clipped onto their clothing.

Business Insider compiled some predictions based on the rise of wearables, here are some of the most telling points:

Wearable technology has been on the rise and will continue to pave a new path for itself as a new consumer electronic. If your business or company is cutting edge and wants to develop applications that can be used on wearable interfaces, contact us today to get started!