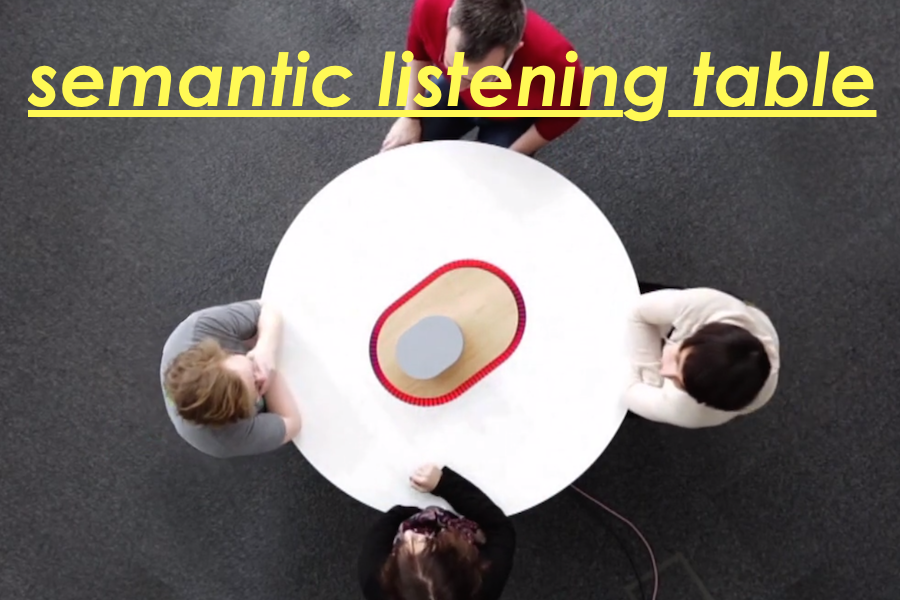 Meet the Semantic Listening Table, a table that looks just like any other but as its name suggests: it listens to you. It’s a concept in development by the New York Times R&D, a manufacturer of ideas.

During a teleconference, the table is able to record through its dynamic microphone which is paired with a thermal camera that determines which voice is coming from where. It later pairs the voice with a name when transcription time comes.

While this voice-recognizing teleconference table doesn’t sound new, its innovative feature is its ability to highlight the most important parts of a meeting.

It accomplishes this with a touch pad around the microphone which meeting members apply pressure to. This signals to the recording that it’s the most important part of the conference, which can either be used as general emphasis or as a private transcript for an individual.

As you can imagine, the Internet of Things presents a slew of privacy issues at a time where information security is important. The last thing you want or need is to watch your mouth around a table for fear of someone using it to record you unknowingly.

The Semantic Listening Table includes two security features, one of which is a simple “off” switch, and the other feature is that transcripts are deleted from the table every 28 days.

Check out this video at the R&D Lab showing the functions of the Semantic Listening Table.