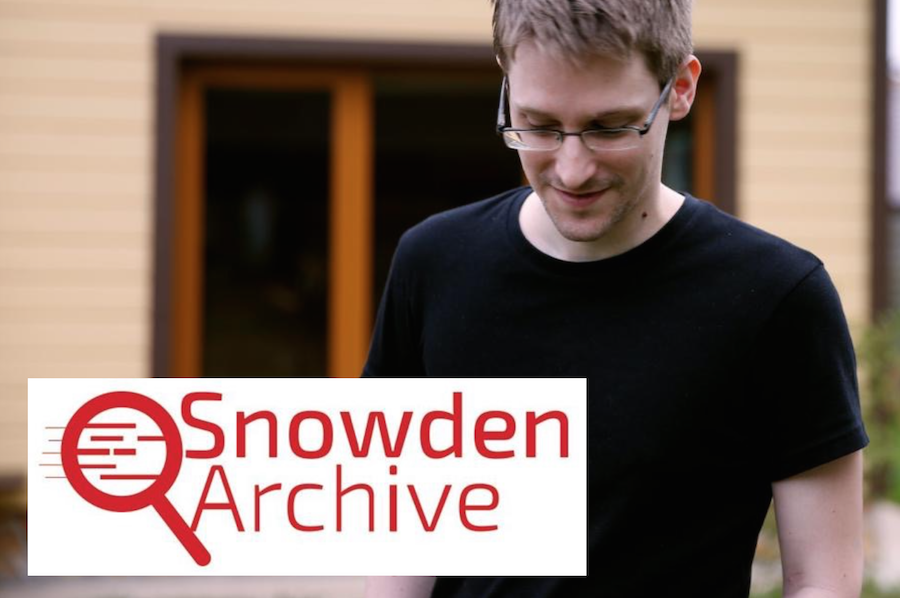 NSA Whistleblower Edward Snowden was streamed live on CBC today talking about The Snowden Archive. A group called the Canadian Journalists for Freedom of Expression, and a student from the Ryerson Journalism School created the Snowden Surveillance Archive searchable database: a digital collection of all the leaked documents exposed in the post-Snowden age.

“We cannot throw away all of our rights…because we’re scared of rare criminal activity”: Snowden – @RyersonRJRC

There are nearly 390 documents in the archive. The project was inspired by the lack of another existing collection of the leaked documents. For any security journalist, it was tricky as ever to find the documents or information you were seeking amongst the myriad of scattered sources across the web. The article from CBC posted today described the Snowden Archive as a fully comprehensive and searchable database. 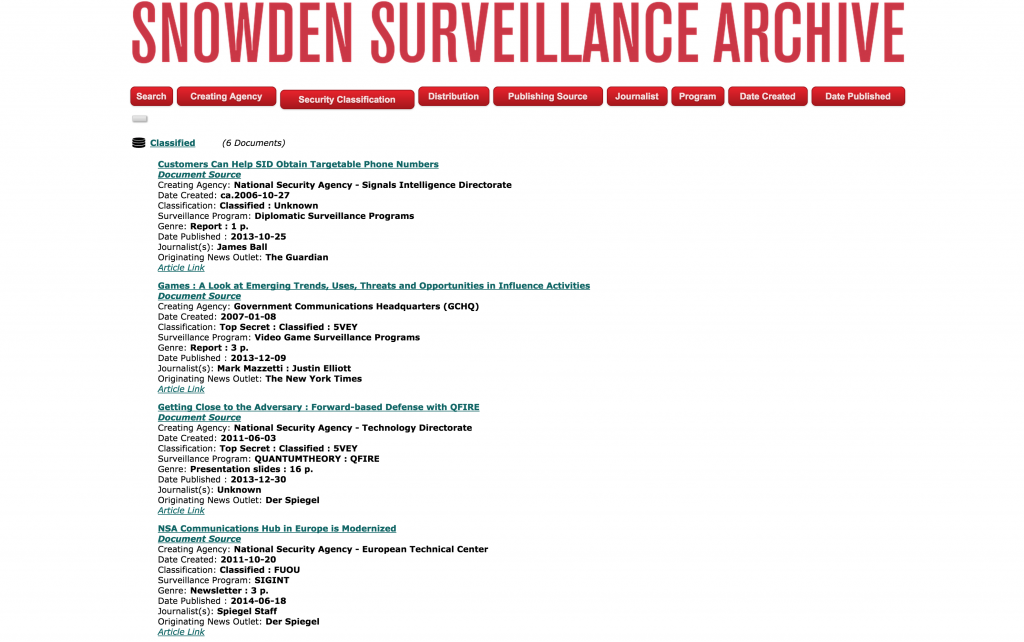 A screenshot from the archive itself detailing classified documents leaked.

“Journalists, academics and interested citizens can search by the name of the surveillance project, the type of surveillance and the spy agency that wrote the document,” it stated.

Check out all the documents to push your outrage button here.