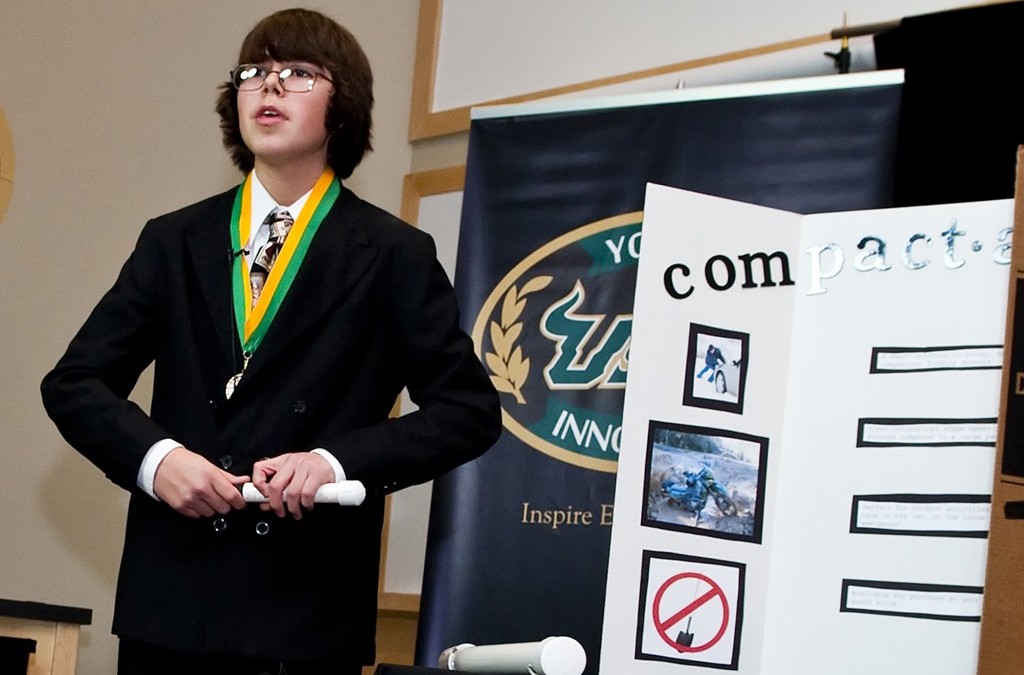 Attention all Innovators. Young and… well, not so old. The USF Young Innovators competition is here!

The idea for the contest was conceived in 2009 by Anna Hopen, a now 16 year old, Tampa native. At ten years old she had a dream of helping elementary school students in the Tampa Bay area find their inner inventor. Six years later this dream has become a reality and now you have the chance to partake in an event that was once just a hopeful wish. Let your inner inventor shine and apply to showcase your masterpiece at the USF Young Innovators Competition. The contest is open to kids k-8, in the counties of Pinellas, Polk, Manatee, Pasco, Hernando, Sarasota and Citrus. Entry deadline is February 1, 20015. The top ten finalists will have the honor to be coached by HSN in presentation and public speaking skills prior to the showcase. These finalists will present their invention and prototypes before a live panel of judges including reps from USF, HSN, the U.S. Patent & Trademarking office and private industry. These top ten finalists also receive additional prizes including annual family passes to MOSI, and the opportunity to be on NBC’s Tonight Show. That’s right! Ten finalists will be submitted to the Tonight Show, where previous inventors that have been featured on “Fallonventions” have won $5,000 for their appearance. 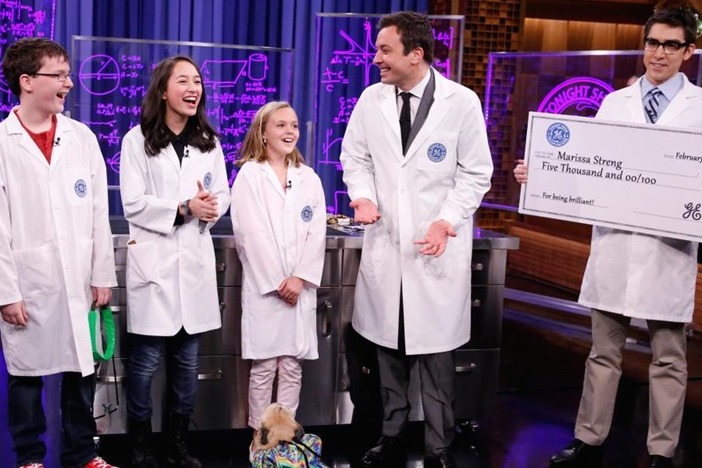 The winning inventor of the USF Young Innovators Competition will receive a $1,000 prize and the Young Innovator cup. The first runner up receives $500, and the second runner up, $250. Each Winner’s school will also receive a matching cash prize to go towards science and engineering programs. All participants will receive a special award, including free admissions to MOSI. Several past finalists have even commercialized their invention’s ad secured patents. 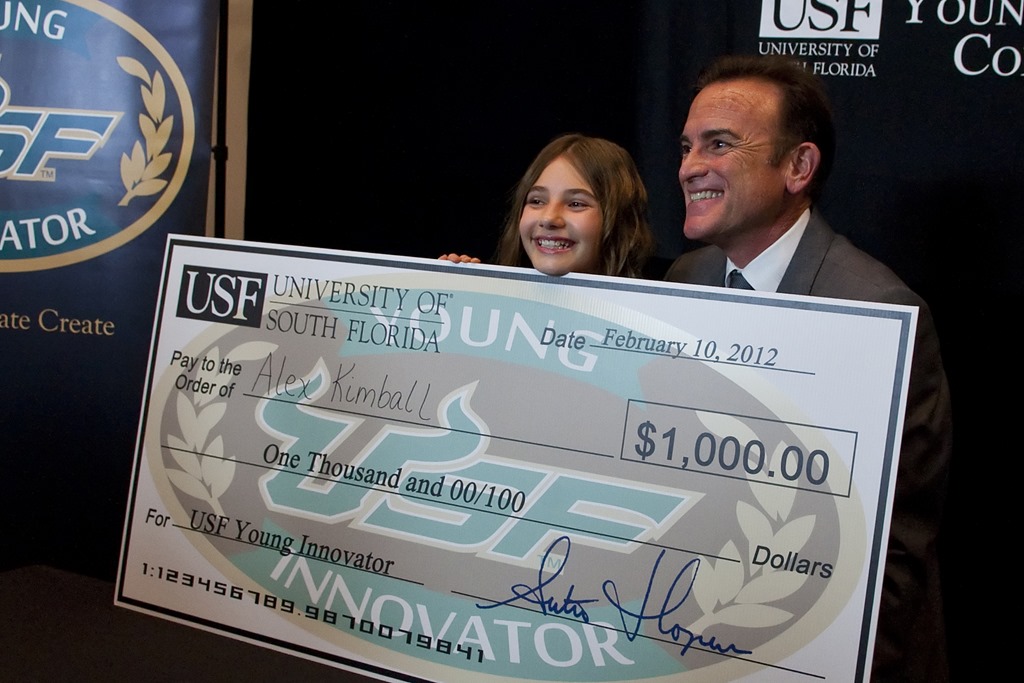 Finalists will be selected February 4, 20015 and the presentations will be held at the Tampa USF campus at 6:00pm on Thomas Edison’s birthday; February 11, 2015. Inventions can be submitted online or by hard copy. To learn more you can visit the USF Young Innovators page. The best of luck to all you little Edison’s. You hold the future in your hands.
Share on FacebookShare on Twitter
Tags: Anna Hopen, kids, prize, University of South Florida, USF, USF competition, Young innovator