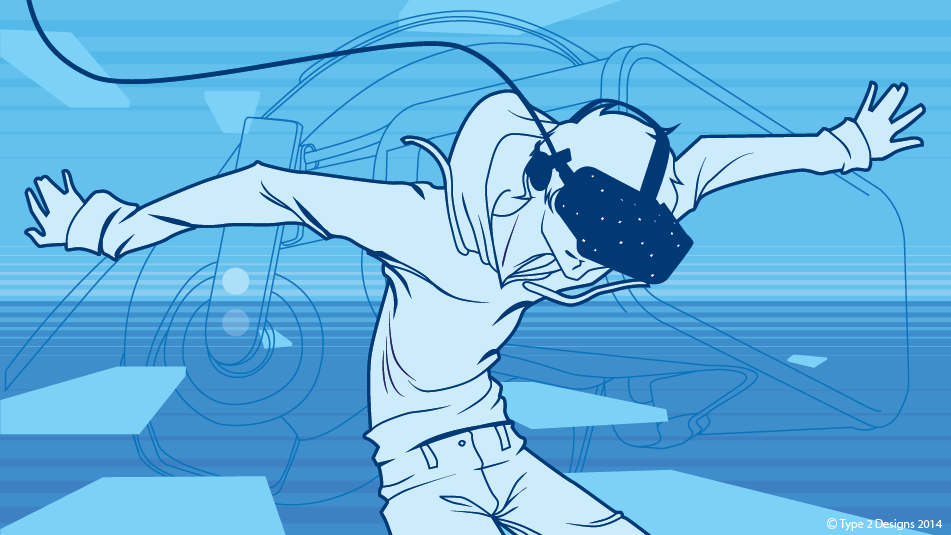 Between 360° head-tracking, ergonomic design, integrated headphones and 3D audio support, the Oculus Rift’s new prototype is making even more promises for the future of virtual reality.

On the weekend of Sept. 19 and Sept. 20 2014, Oculus VR held their first-ever Oculus Connect Developer Conference, where they welcomed an eager nerd community frothing with desire for true virtual reality and the long wished-for invitation to leave their real lives behind. The conference, held in Los Angeles, unveiled the new feature prototype of the virtual reality headset, code-named Crescent Bay. While many were hoping for the reveal of a third development kit, they were instead introduced to a consumer-targeted model, indicating that Oculus has begun to exhibit concern with the integration of fashion and functionality, because let’s face it: we all know that technology is the new fashion.

[Crescent Bay] “is as massive a leap as we made from DK1 to DK2. This prototype shows the quality, the features, the presence we need to deliver consumer [virtual reality].” – Oculus VR CEO Brendan Iribe

The Crescent Bay form factor is the first obvious update to the Rift. The most recent development kit known as the DK2 sports a head-strap merely to secure the eye-piece, but it has since been reworked; the strap is now covered in an array of LED markers which support full 360° head-tracking by its wall-mounted camera. The Crescent Bay prototype is also focused on a more ergonomic design, seeing the devices’ comfort level raise with lighter materials that reduce neck strain to a negligible amount, as commented by testers at the conference. This version of the headset looks less like a box strapped onto your face and more like a sophisticated technical device that is, simply, more fancy; it’s like the Polo shirt of virtual reality headsets – just a pit stop on the way to being a Gucci suit.

The second major addition to the new Rift prototype is the integration of (rumored-to-be optional) headphones. While the current on-board headset looks like something that came with the Walkman you bought in the 80’s, CEO Brendan Iribe assures us that positional 3D audio is equally important to Oculus VR’s goal of total-immersion, saying “Starting today, we are working on audio as aggressively as we are on the vision side.” Oculus has licensed technology from RealSpace 3D to provide positional audio support, in turn making headphones an indisputable component for the final release. For you audio-tech nerds, the RS3D technology allows for high-fidelity virtual reality audio through combining “HRTF spatialization and integrated reverberation algorithms.” I have no idea what that means, but it sounds awesome. I just hope that the final product’s headphones look like they came from another dimension.

“Starting today, we are working on audio as aggressively as we are on the vision side.”  – Oculus VR CEO Brendan Iribe

Once getting the Crescent Bay on and working, there are some visual upgrades of note. Although the technical details aren’t currently available, with Oculus VR being stingy and refusing to comment on the specs that number-obsessed techies are dying to hear, we do know that there is a new higher-res display with increased framerate inside, and significant reduction in overall latency between movement and the Rift’s display, which has improved motion tracking. It’s pretty vague… but it’s better.

The Crescent Bay headset aside, this prototype is used with a wall-mounted camera to track users’ motion, as opposed to the previous version which kept the camera imprisoned on a desk-bound computer. Unlike with the development kits, the new set-up of wall-camera and rear LED tracking nodes allows the user to move about instead of having to be completely stationary. Although the current range of movement is approximately a mere three feet in any direction, it’s still a huge leap towards the future of consumer virtual reality. My guess is that you can now comfortably do the Running Man if the need were to strike you. Unfortunately, the feature unit itself is still wired, but one day Oculus will make good on our dreams of being freed from the tethering oppression of big black cables. 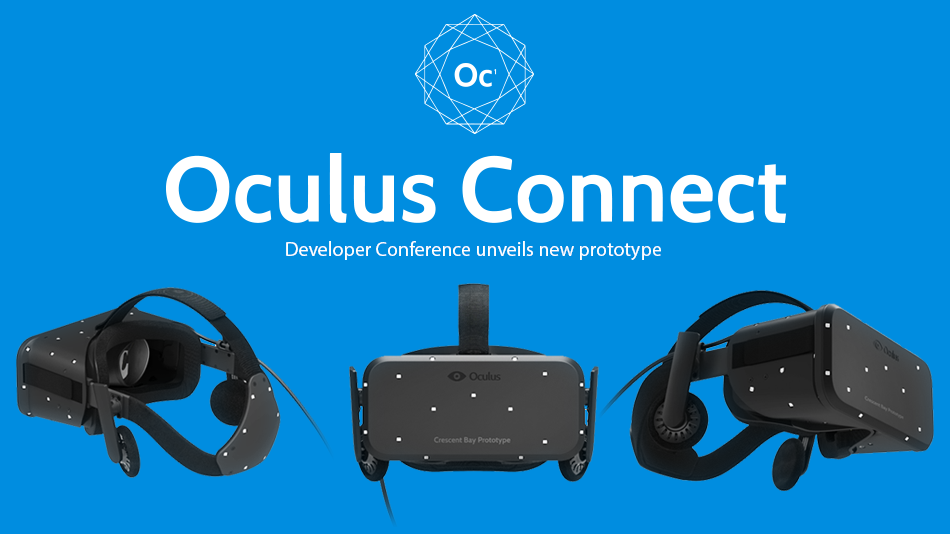 On the software end of Crescent Bay’s debut, Oculus announced that the Unity 3D engine now fully supports the Rift with a dedicated add-on for stereo imaging optimizations, 3D audio support, and other virtual reality specific features; the additional support is available at no cost on both the free and pro versions of Unity. Oculus has also stated it will open-source the design of the Rift DK1 headset, however there is currently no information regarding a release or prototype of a DK3 – cue the quiet sound of developer nerds everywhere rejoicing.

With the reveal of the Crescent Bay prototype, Oculus is making a full-speed sprint towards a final consumer-ready product. Today there are more than 100,000 development kits in the hands of people from 130+ countries, and while the Crescent Bay is still not virtual reality fanatics’ ticket outta here, the realized dream of a fully immersive digital existence is ever closer on the pixelated horizon.