Was that Apple or Android’s Idea? 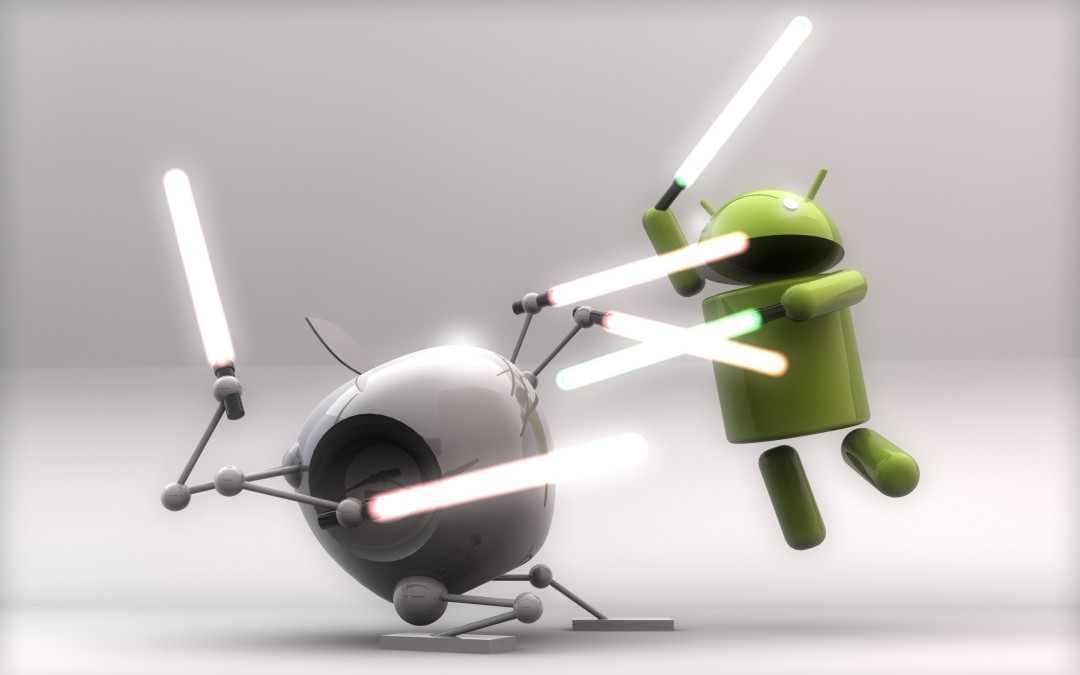 Some of the best ideas that Apple took back from their competitors and made better.

Innovation and thinking differently have always been strong qualities attributed to Apple.

The people at Cupertino have blazed the trail for the modern computer, smartphone, and tablet. As of late though many of their new ideas and features come from other products namely: Google’s Android platform and Samsung’s Galaxy line. This can be seen in the growing size of their smartphone screens and their glass like interface. From Google Drive to Snapchat, here are some of the best new iterations that Apple‘s been incorporating into its design. It all started with the iPhone 5, iPad mini, and iOS 7 … 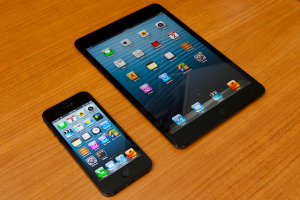 Before Samsung started putting out devices with over 5″ screens the iPhone had always had the same size screen. The push in the market for bigger screens finally caught on with the iPhone 5. This was defended by the argument that with a slimmer design and bezel that the phone was still perfect for one hand typing and usage. This may have never happened without the outside pressure of the Galaxy devices. Now there are rumors that the new iPhone may have up to a 5.5″ screen. The iPad mini was a landmark device because it showed another almost contradictory trend to the one that they followed with the iPhone 5, that people wanted smaller tablets.  iOS 7 changed the game and turned the heads of some Android loyals.Gone were the days of iOS devices trying to mimic interacting with real objects. The new dogma of the devices could be summed up in one word, flat. It was easy to draw parallels between new features like command center and the Android OS staples of toggles for phone radios and notifications in the pull down bar. These additions added major usability to people switching over from Android. Google Search, Dropbox and Snapchat

The “borrowing” of others ideas doesn’t stop there though, the new design of Spotlight looks and acts like a Google search bar. Other influences can obviously be seen in iCloud switching to iCloud drive giving users features that are more similar to Google drive and Dropbox. iOS 8 will support third party keyboards and predictive text, a feature that has long held back the Android loyal from jumping ship. The new iDevice OS also will support more widgets in the dropdown bar, something that Android has supported on home screens since the beginnings of the OS. Other things such as app previews and test flight emulate the Play store more closely. Even iMessage is emulating popular social apps like Snapchat with their new feature of self-destructing messages. With the upcoming release of iOS 8 and OS X Yosemite you can truly see the influence of Google in the new designs Apple is making.

All of these things make Apple devices more appealing to a broader audience and not just the Apple faithful. It doesn’t just make their new line of hardware more appealing though, it also makes them more powerful. Apple’s ecosystem is becoming stronger because of their ability to draw ideas from the market and then add their signature style that you can’t get anywhere else. One thing is for sure, the ongoing competition with the major players in the mobile space is resulting in better and better things from the companies involved and that is great for the consumer. Let’s just hope that the patent wars that these companies are all involved in don’t ruin the fun for the end user.