For anyone interested in technology, development, or just have an unnatural obsession with anything Mac-related, this year’s Worldwide Developer Conference is giving a glimpse into the future for all. We’re especially excited here at Powered Labs!

Here are 7 awesome things that were announced on Day 1: 7. OS X 10.10 Yosemite Welcome to Apple’s newest operating system, which has undergone a massive visual makeover! With tons of new features included upgraded Spotlight, phone calls direct to your computer among others, it’s strongest suit is the ability to be closer to iOS 8 than ever before. 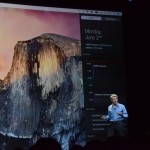 6. iOS 8 iOS 8, the operating system for Apple’s handheld devices, got a makeover too, making it easier to share everything with your Mac. Not only that, it gives real messages and audio chat, including the ability for messages to self-destruct, and QuickType, an intelligent swipe-based algorithm that learns how you write.   5. Swift This one is a little nerdy a la Type 2, so we’re excited about it. It’s the new programming languages that apps will be written in. Sweet!   4. Siri  Siri just got better, and can now be activated and used hands-free. That makes life easier!   3. iCloud Drive 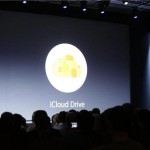 iCloud Drive is now quite similar to DropBox in that it now appears in your Finder. In this way, it’s MUCH easier to bridge the gap between all the files on your iOS and your Mac.   2. Homekit Homekit is a new app that controls all your other smart devices in your home. This can be programmed to a variety of things such as, your garage doors, lights, alarms, pretty much anything you can think of.  Basically it’s a step closer in the direction of the Jetsons.   1. Continuity The principle behind Apple’s designs have pretty much been consistent; to think different. More than anything, we’ve seen at the WWDC2014 that Apple is moving in a direction that supports syncing across all your devices with increasing ease. Now with the ability to airdrop between iOS app files and your Mac, this truly never has been easier. Come back tomorrow for our roundup of Day 2!
Share on FacebookShare on Twitter
Tags: apps, iphone app, mobile, Powered Labs