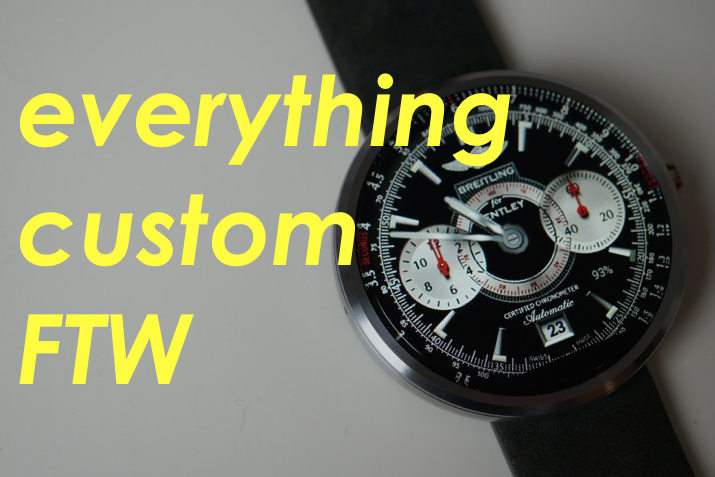 In the wake of Apple dropping the latest details of the Apple Watch, the rise of wearables and pocket web mobility are at the forefront of our every waking moment. The scramble for the ultimate smart watch is as frantic as ever. There might just be one forward-thinking feature pushing them along: customizability. Because more than ever before, the technology we wear, and carry around in our hands all day, is becoming more and more an expression of our individuality. Everything custom, always the latest, built just for you. Doesn’t that sound pretty nice for a user or client? That is probably the best modus operandi we’ve ever coined, and for good reason. People don’t want cheap tech, a web or app solution that looks like it was made from a cookie cutter template. Users want customizability—the ability to adapt to taste and aesthetics as well as having that personal attachment to it. Wearables are riding this wave of customizability too. Moto 360’s watch faces are as beautiful as they are diverse and downloadable. In fact, so are their phones, and in a perfect world your smartwatch should match your smartphone, no? Garmin, Nike and Jawbone are some of the few on the fitness side who offer up every color wristband under the sun. Apple is taking its wearable to high fashion, catering to a Vogue audience and the elite few who can afford the luxuries of an 18K rose gold watch. Custom wearables won’t just imply the physical look of the screen or texture of the band; it goes without saying the software inside will be as bespoke and specially tailored for the user or wearer, more than ever before. 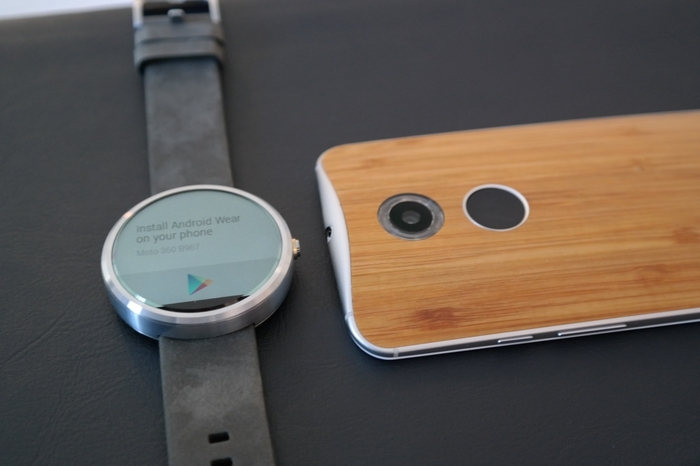 The customizability of wearables is not too surprising when you consider their mobile counterpart. Consider the variety and popularity of phone cases. Six million people bought an iPhone 6, they purchased either black, gold or space grey. Those people bought cases too, to make their phones stand out amongst the rest, and make it feel like theirs, and nobody else’s phone. We have never been more attached to our phones in our lives. We sleep with our devices, wake up with our devices, and for many people, that glowing screen is the last thing we see before we close our eyes at night. Let’s make this era of technology more personal than its ever been. Let’s see how the Apple Watch’s release April 24th will fare in the arena of the wearables war.
Share on FacebookShare on Twitter
Tags: Apple, apple watch, custom app development, Garmin, Jawbone, mobile technology, Moto 360, Nike, software development, technology, wearables