Is the Internet a Human Right? 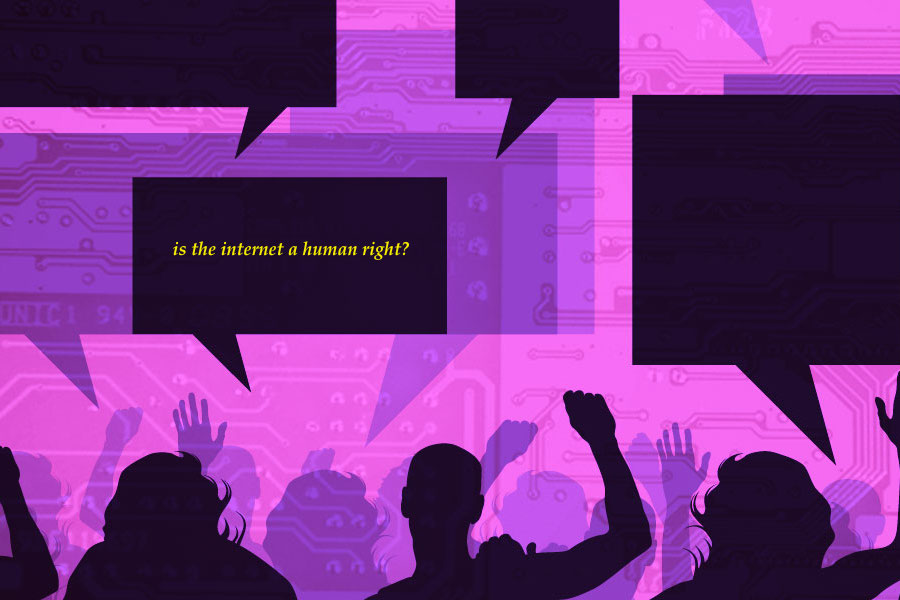 On February 26th the FCC’s vote made a colossal historical contribution to the Internet: it kept it neutral and open. But is the Internet a human right?

The landmark decision to keep the net neutral was largely fuelled by the FCC views the net as a utility. A utility akin to heat, water and electricity. Like water providers, if a paying customer wanted (and paid the bill for) more water in their home, the water provider wouldn’t throttle that service, would they? So why should the Internet be any different?

Everyone has the right to freedom of opinion and expression; this right includes freedom to hold opinions without interference and to seek, receive and impart information and ideas through any media and regardless of frontiers. – Article 19, Universal Declaration of Rights, United Nations

This article is not so much about the economic or technological implications of the FCC’s vote, nor the issue of neutrality, insomuch as it is a tangent about how we view the Internet as a resource and ultimately, a part of our conscious life. Is our right to access information, to be online, to be connected with the rest of the digital world hold the same necessity as the right to food, clothing and shelter?

The Internet as a right to the freedom of speech

Freedom of speech is defined as the political right to communicate or express one’s opinions and ideas. The Internet today for most people is a digital platform to communicate, express, create and broadcast our thoughts, experiences, beliefs and knowledge. It is a universal playground for anyone who is able to string two words together, upload an image, and share a voice. Why shouldn’t everyone have this opportunity to broadcast their creations, and be participatory in our information age?

In July and August 2012 the Internet Society conducted online interviews of more than 10,000 Internet users in 20 countries. In response to the statement “Access to the Internet should be considered a basic human right”

The fact that a whopping 83% of the population agrees is huge. What’s even more huge is that almost 20% of users disagreed or were ambivalent is shocking.

The view that education is a human right is a sentiment that’s been internationally echoed. While some countries face humanitarian rights issues, the main philosophy is that the right to education is fundamental as an issue of empowerment, reducing marginalization, and developing a sense of self in the world. For this reason, we should view the Internet as a human right that gives everyone equal footing in the world.

The right to development

Similarly to the tenets of Internet.org, the initiative to connect the world to give developing countries the opportunity to compete in the market, the right to development is a major factor in the discussion of whether or not the Internet is a human right.

Look at what happened in Estonia. This little eastern European country of 1.3 million people declared in 2000 that the Internet was a human right. Now fifteen years later, now has:

The Internet is an enabler,  it’s an opportunity to create something and share it with the world, it’s like being born of a certain circumstance but at least having this to level the field and overcome the barriers of circumstance, and social rank. Shouldn’t everyone have that opportunity to be enabled?

Critics of free speech will tell you the same thing; free expression has limitations that are morally-based, or are predicated on issues of safety. Free expression doesn’t give one the license to slander, be a public nuisance or worse yet—a danger for those around them. Surely, the Internet has (unfortunately) seen many instances of its medium being abused for nefarious reasons; revenge porn, acts of digital terrorism, and has had some pretty devastating consequences of people abusing the medium. That will happen anytime, so long as an individual is motivated to be destructive in any way they will use whatever technology to achieve their goals.

Denying that the Internet is a human right essentially says that access to the world wide web is a privilege. If that’s the case, the fact that two-thirds of the world doesn’t have access to this privilege is a sad reality in 2015, and yet another gap to close.