Rumors Roundup #3: Last minute iPhone 6 Predictions By Some of Our Tech Friends 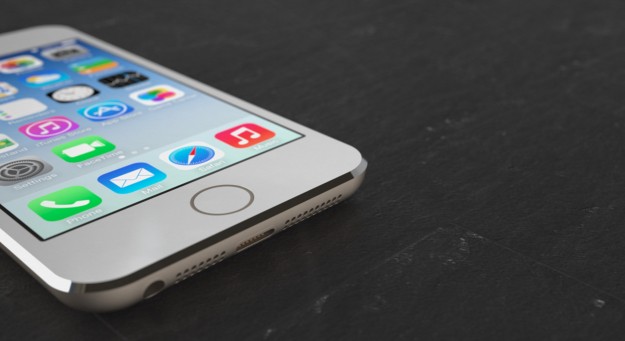 To spice up the arena of war, we asked some of our tech friends on the web what they were expecting with the new iPhone 6.

There are only a few agonizing days left until Apple reveals its next world-dominating line of products. We’ve had our eyes and ears glued to news sources and social media feeds, anxiously lapping up all the rumors and speculations about the iPhone 6. For those who don’t know, we’re having a contest at Powered Labs to find out who is the smartest smarty-pants who’ll be able to most accurately guess the specs and features of the new smart phone. This week we looked at some last minute predictions that are circling the web, all possible considerations for our own predictions which we will be presenting after Apple drops the bomb on September 9th. Erik Sofge, a tech writer who contributes to Popular Mechanics, Slate and Popular Science, was kind enough to give us some of his time, and ran us through his top four predictions for the new Apple smart phone. Here’s what he had to say: “Sapphire Display: It’s looking like a bit of a longshot, maybe, but if Apple wants to silence the critics, and present what appears to be real, easily-digestible innovation, a virtually unbreakable screen is the way to go. Even if it seems unfeasible to create a full sapphire display this year, mixing the material with Gorilla Glass, as a grid or mesh, could reinforce the screen in a noticeable way.” “OIS (Optimal Image Stabilization): This makes perfect sense for Apple, as another distinguishing breakthrough. Their stranglehold on mobile photography is a huge selling point. I don’t know where they’ll find the space to get this feature in, but it’s inevitable that someone in phones will figure that out. Why not Apple?” 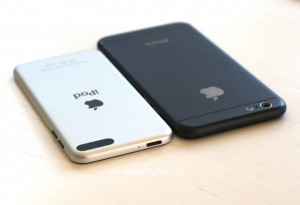 Could the iPhone 6 sport some of the rounded design elements from the iPod Touch?

“Larger Option: I think it’s madness to expect that Apple will completely abandon the current form factor of the world’s most successful smartphone. But I think they’ll experiment with a bigger option, possibly 5.5 inches, as many have predicted. I don’t really buy that the larger model will have OIS exclusively, but more storage makes sense, since the goal there is to make it more of a media consumption device.” “iPod Touch XL: That won’t be the name, obviously, since Apple isn’t as tacky as I am. But one of the advantages of going slightly larger with the iPhone would be to offer a bigger iPod Touch. For whom? For the kids, and the parents who rely on the App Store’s endless supply of just-good-enough free iOS games for babysitting.” Erik isn’t the only one whose gut is telling him this. Taylor Casti from the Huffington Post, wrote an article stating the same thing – that the new iPhone 6 was going to be reminiscent to the iPod touch in design. Erik thinks the new device will host lots of features that have already been delved into. “Other stuff that seems obvious, but not exciting, is a faster processor, and possibly better resolution,” he told us. “I also think Touch ID will do more things throughout iOS.” Some of our friends on Twitter had much of the same feelings. Kavita Parmar, writer and editor for Rasoi Menu, tweeted to us “Bigger device size, Better camera, #iOS8, #NFC.” NFC (Near Field Communication) is something that other phones have had variations of, but whether or not it could come to the iPhone 6 as part of its speculated digital wallet is controversial. We’re also looking forward to the release of the iWatch on the 9th as well, which seems to be confirmed by many news outlets. Have more predictions you want to throw in the ring? Send us a tweet and we’ll consider posting it in our continuing saga at Powered Labs! 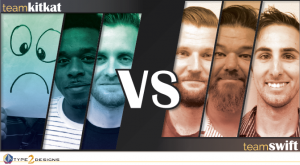