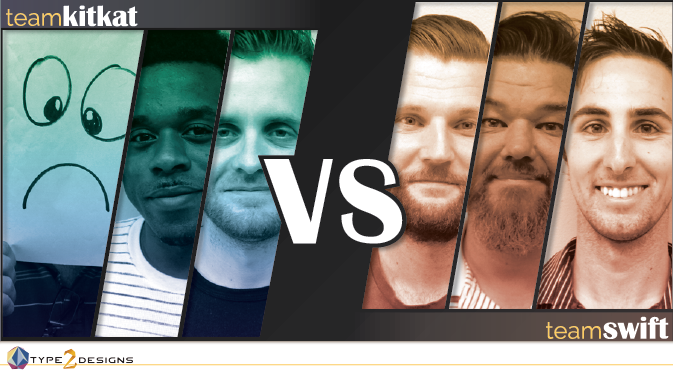 Enter the arena of Geek Wars as we duke out what features and specs Apple will reveal with its new and hotly anticipated iPhone 6.

It’s been a while since we ventured on the lighter side of geek wars at Type 2. With the upcoming release of the new iPhone 6, the time is nigh for a little friendly tech rivalry. Some battles never end. Some wars wage and rage on with little end in sight. One of these eternal wars is that of iPhone rumors… the months and weeks leading up to the September release of a new device that, every year, deepens the rift between the iOS and Android clans. The Contest: Glory, or the Red Shirt? Lovers of technology we are, and with that comes difference of opinion. At Powered Labs, we have platform preferences just like any other self-respecting tech geek should. Meet the fighters, Team KitKat and Team Swift. Each will offer their predictions for what features and specifications the new smart phone will possess. The prize? What we all crave, Fame and glory. And for the losers? Hmm…. Endless humiliation until next year when they have another shot at redemption. Also a photo of the team Captain wearing the “Red Shirt”, symbolizing their defeat. Meet the Fighters 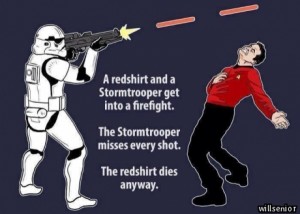 Team Swift – We are lovers of technology, but for us, the clean functionality and intuitive interface of Apple products have always beckoned us. The iPhone 6 will be a masterpiece, surpassing any of its Android competitors. The smart phone will also be gorgeous. We can’t wait to start writing the code for the apps it will run. Team KitKat – We may love technology too, but at the core of any great smart phone, tablet or phablet is the Android operating system. The iPhone 6, in all its puniness, is a mere shadow of its Android competitors. We laugh that our rivals will base their iPhone 6 predictions based on search results found on Google. The Rules and Guidelines Of course we require some guidelines for this battle. Each team will be required to make 5 predictions covering the following criteria:

How the contest will go down:   Tune in next week when we will dish out the hottest and spiciest rumors about the upcoming iPhone 6 that’s been building up.
Share on FacebookShare on Twitter
Tags: iPhone 6, iPhone 6 features, Iphone 6 release date, iPhone 6 rumors