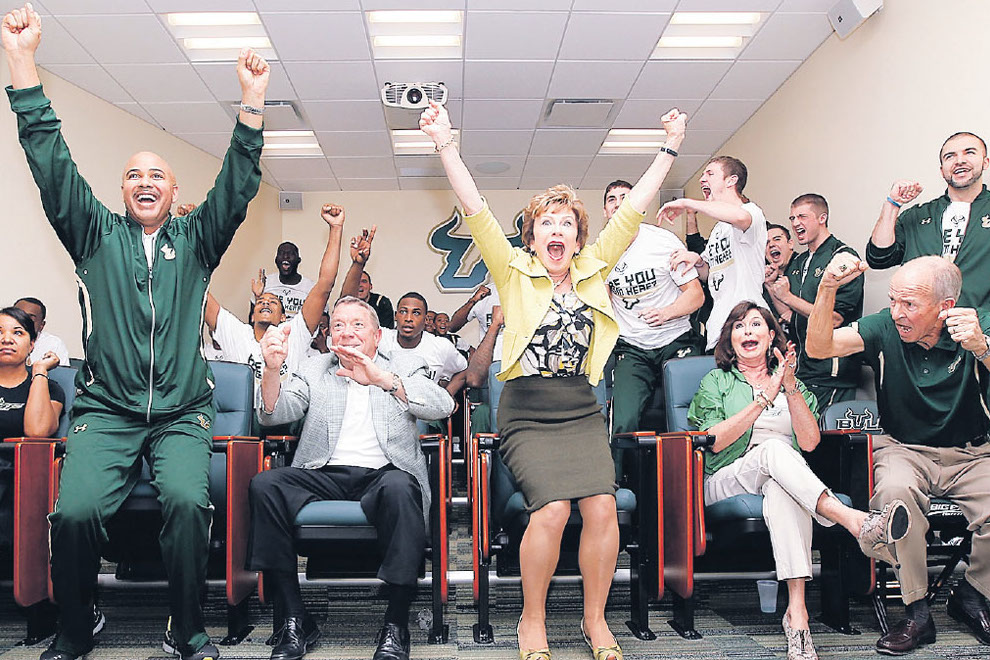 Earlier this year Powered Labs attended Tampa Bay Startup Week. We had an absolute blast and really enjoyed all of the networking and new business opportunities that arose from the event. We got to learn a lot at the different talks that were given and made friends with some of the people from the Tampa Bay WaVE. We love what they’re doing for the community; supporting the cause to make Tampa a force to be reckoned with in business startups and entrepreneurship. USF has a also done an immense amount of work for the business community and they are growing the future entrepreneurs of Tampa Bay. This past week the U.S. Secretary of Commerce Penny Pritzker announced that the University of South Florida, in partnership with Tampa Bay WaVE, is among the first 26 recipients of the 2014 Regional Innovation Strategies program grants. The USF-Tampa Bay WaVE partnership received a $500,000 i6 Challenge grant. i6 is a national competition that makes small, targeted, high-impact investments to support startup creation, innovation, and commercialization.

“We are proud to partner with the Tampa Bay WaVE, the Florida High Tech Corridor Council, Hillsborough County and private companies in this important effort to grow the high-tech economy,” said USF President Judy Genshaft. “This grant allows us to continue to support our local tech entrepreneurs as they develop new ideas and take them to market. Economic development is one of USF’s most important missions, and this grant supports these crucial efforts to modernize and diversify our regional economy.” 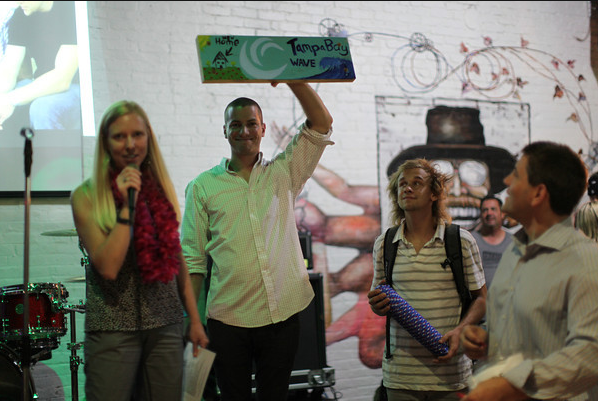 The award is the second i6 grant received by the USF-led partnership, which received $1 million in 2012 to launch the FirstWaVE Venture Center. The project is led by Stephanie Ashley, USF’s director of business incubation and economic development, Paul R. Sanberg, USF senior vice president for research, innovation and economic development, and Linda Olson, founder and executive director of Tampa Bay WaVE. Matching contributions from public and private community partners raise the total project amount to over $1 million.

The 2012 grant enabled 94 startup companies to participate in the accelerator program, raise $12.6 million in outside capital, and create and retain 337 new jobs. In 2014, FirstWaVE was recognized by the Hillsborough County Commission with a commendation for achievement in raising outside capital. Since its launch, the FirstWaVE Venture Center has had more than 250 tech entrepreneurs utilize its co-working space and has hosted 325 events for over 8,000 people.

“As America’s “Innovation Agency,” the Commerce Department has a key role to play in supporting the innovators and job creators of tomorrow,” said Secretary Pritzker. “We want to ensure that all entrepreneurs have access to the tools they need to move their ideas and inventions from idea to market. The Regional Innovation Strategies Program competition is designed to advance this mission across the United States, strengthening our economy and our global competitiveness.”