It’s Here! The Arrival of the DJI Inspire 1 Drone! 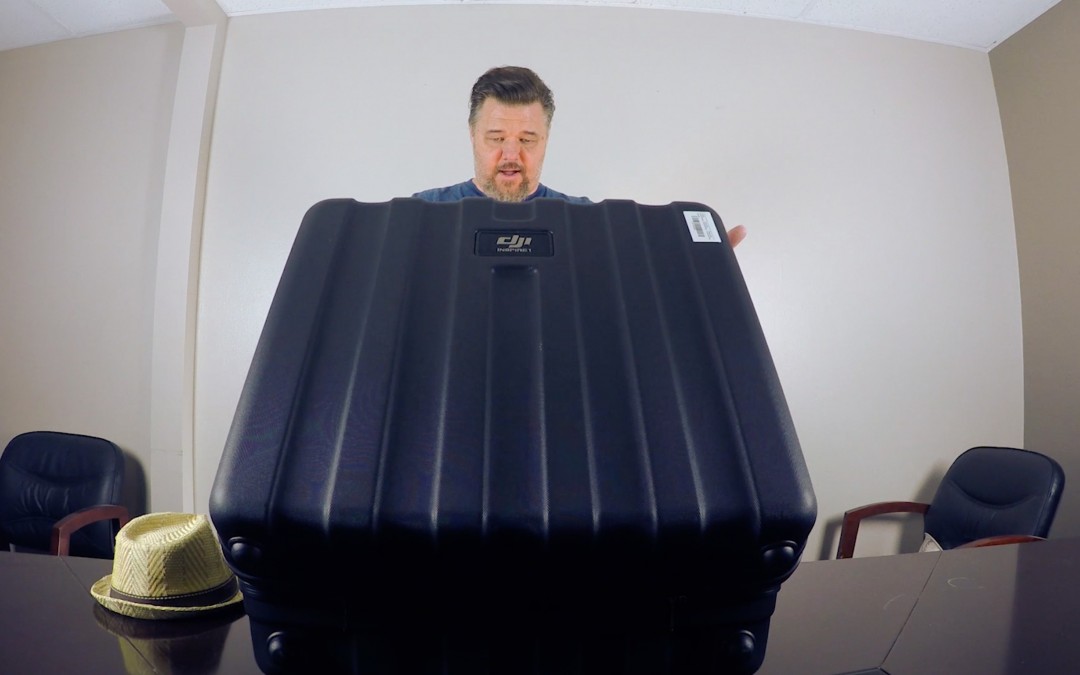 It’s a bird. It’s a plane. It’s superman! No, wait. No it’s not. It’s the DJI Inspire 1 Drone, and the Powered Labs staff couldn’t be more excited.

Woah, everyone has already started fighting over the pilot’s hat.

This bird is intense. Weighing in at 6.5 pounds, the Inspire has a vertical hovering range of .5 miles and a horizontal range of 2.5 miles. It has a max tilt angle of 35 degrees and a max speed of just under 50 miles per hour. The Inspire has a flight time of 18 minutes, which doesn’t seem like a very long time at first glance, but considering the fact that some of Martin Scorsese’s longest moving takes top out at about 10 minutes, 18 is not too shabby. Now, T2D can capture any kind of moving shot we can dream of. The sky is literally the limit. Let us not forget the camera itself, which is built into the DJI Inspire 1 Drone. The camera, the X3, shoots 4K video with a decently impressive ISO range of 100-3200, considering its size. The lens, good gravy! The 20mm f/2.8 lens has built-in anti-distortion and UV filters. On top of all that, the DJI Inspire 1 Drone has duel user capability. I suppose we’re going to have to get another pilot’s hat for the staff.   PRODUCT HIGHLIGHTS: -Capture 4K Video and 12MP Stills -3-Axis Gimbal Stabilizes Camera -Up to 1.2 Mile Radio Range -GPS-Based Stabilization System -Optical Flow Sensor for Indoor Flying -DJI Lightbridge System Integrated -Live 720p HD Monitoring with Lightbridge -Retractable Carbon Fiber Arms -Unobstructed 360° Shooting -Dual Transmitter Operation Supported
Share on FacebookShare on Twitter
Tags: 4K Video, DJI, Drone, flight test, Inspire 1, pulp fiction, quadcopter, unboxing