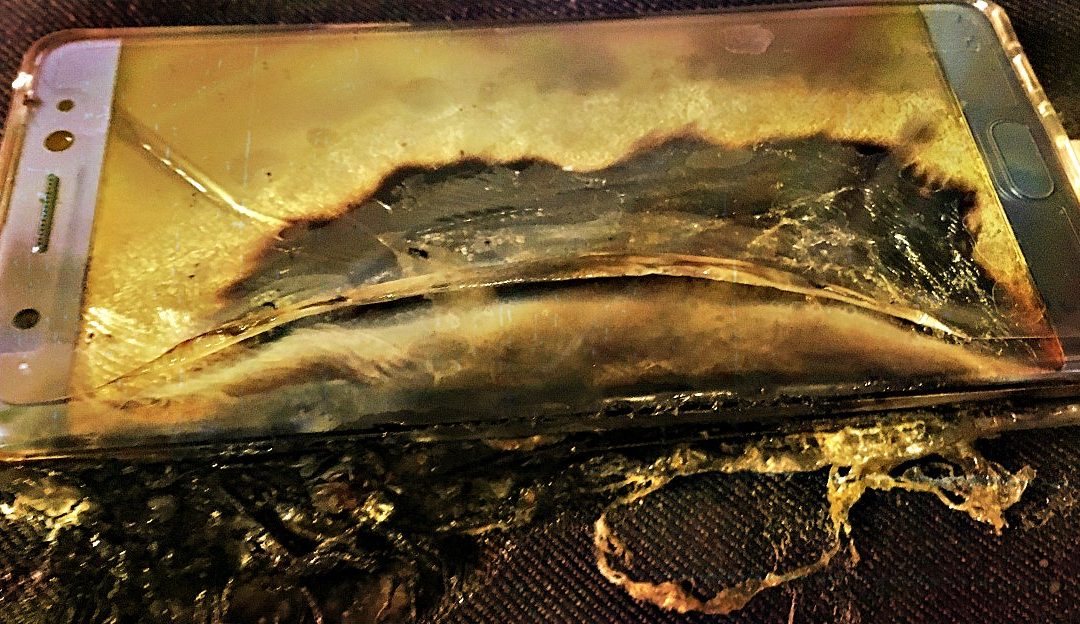 A recall has been presented to Samsung customers this week for the Galaxy Note 7 phone due to a recent bout of flammable incidents.
No, these phones aren’t set to self destruct, and also, no, this isn’t a terror conspiracy to annihilate the human race with exploding phones.
The recall is due to a flaw within the phone’s battery insulation. According to Kyle Wiens, creator of iFixit, The first batch of Note 7 batteries probably had a flaw in their design that didn’t work properly with the chemistry in some units. Wiens stated that Note 7’s Fast charging battery “crams as much energy as possible into the battery, and the closer you push it to the edge, the more of a potential safety issue there is.”
Samsung recalled 2.5 million phones last week after users reported exploding devices during or after charging. Samsung stated in an interview about the recall that ‘our customers safety is an absolute priority.” Samsung urged returns of the Galaxy 7 and stated, “ until a replacement device is provided, Samsung asks all customers with a Galaxy Note 7 smartphone to power down your device and return it to its place of purchase at your earliest opportunity.”